A barman speaks to visitors in the American bar at the Savoy Hotel in London. The iconic hotel reopened after a three year refit that cost £220 million ($350 million). The Savoy Hotel is a located on the Strand, in central London. Built by impresario Richard D'Oyly Carte the hotel opened on 6 August 1889. It was the first in the Savoy group of hotels and restaurants owned by Carte's family for over a century. It has been called "London's most famous hotel" and remains one of London's most prestigious and opulent hotels, with 268 rooms and panoramic views of London. 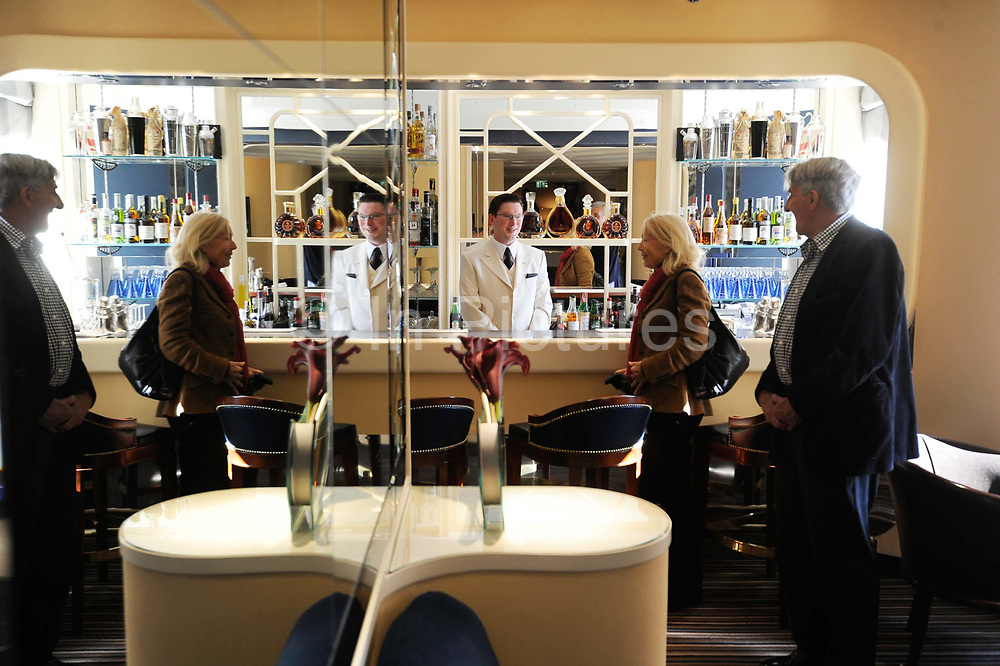