High above the streets of Old Lisbon, we see a Portuguese lady leaning out of her window to hang out her washing on the line that is attached to her home's exterior wall in the Bairro Alto district - or Upper City - the oldest of Lisbon's residential quarters. Items of underwear, socks and other miscellaneous clothing have been strung out on the line that is now pegged along the crumbling wall's surface with faded, peeling plaster and paint. A TV aerial has also been fixed precariously by the window and it's shadow can be seen in the sunshine which is strong and side-lighting the scene which has a warm, morning glow about it. Lisbon's Bairro Alto quarter is located above Baixa and developed in the 16th Century. Suffering very little damage in the earthquake of 1755, it remains the area of most character and renowned for its residential and working quarter for craftsmen and shopkeepers. At night, life takes on a diferent personality when bars and up until the 60s, prostitution gave the district a bad reputation in the past but nowadays tourists and the chic frequent its streets and traditional 'Fado' (classical Portuguese opera) bars. 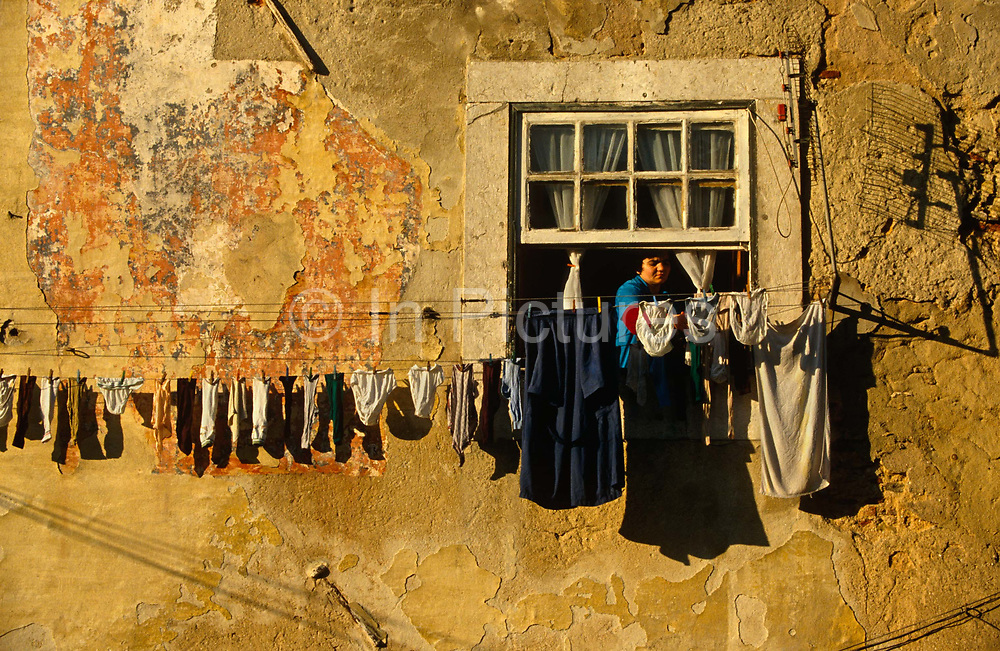