Two girls play with their pet whilst singing songs at the entrance to Preah Khan, a temple built and used by Jayavarman VII. Living there while Angkor Thom was being reconstructed. Once having the role of monastery and university to many thousands, it then became an inter-denominational temple for Buddha, Shiva and Vishnu and the main deity Lokesvara (plus another 282 gods). Today it is in a state of semi-collapse, lichen and moss covered, and with the jungle trees encroaching it's walls. 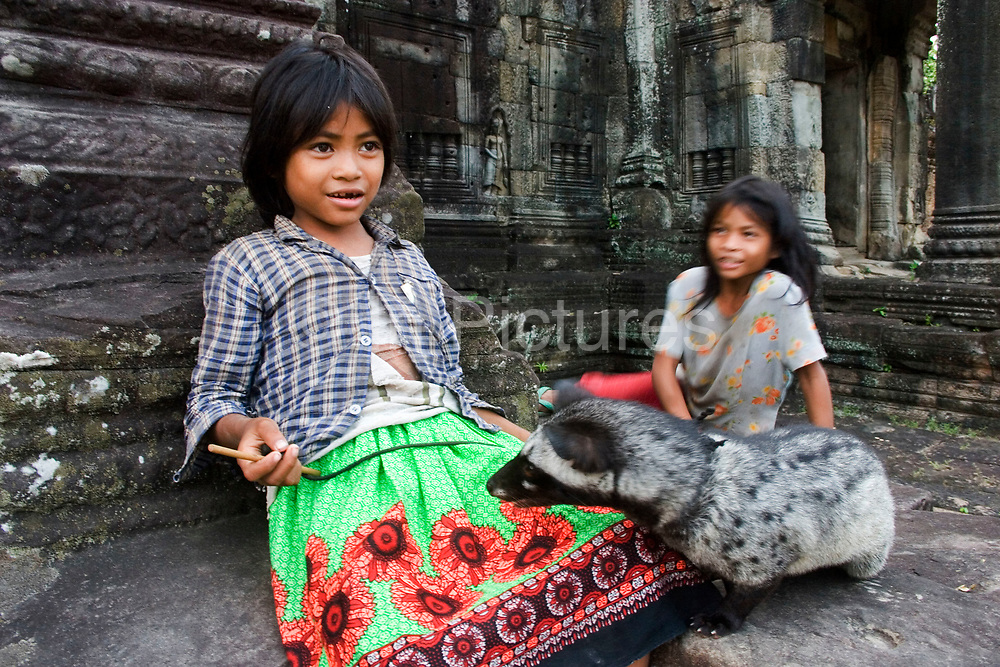