Taken six months after the fall of the Berlin Wall, a German lady from the old German Democratic Republic (DDR or GDR) looks back over her shoulder nostalgically at an abandoned Trabant car on a sunlit street in eastern Berlin, once in the eastern zone before the Communist-inspired Berlin Wall was breached in November 1989. Blocks of modern East German-designed flats line the street and a tram line can be seen in the middle of the highway. The DDR-produced Trabant suffered poor performance, but its smoky two-stroke engine regarded with affection as a symbol of the more positive sides of East Germany. Many East Germans streamed into West Berlin and West Germany in their Trabants after the opening of the Berlin Wall. It was in production without any significant change for nearly 30 years. The name Trabant means "fellow traveler" in German. 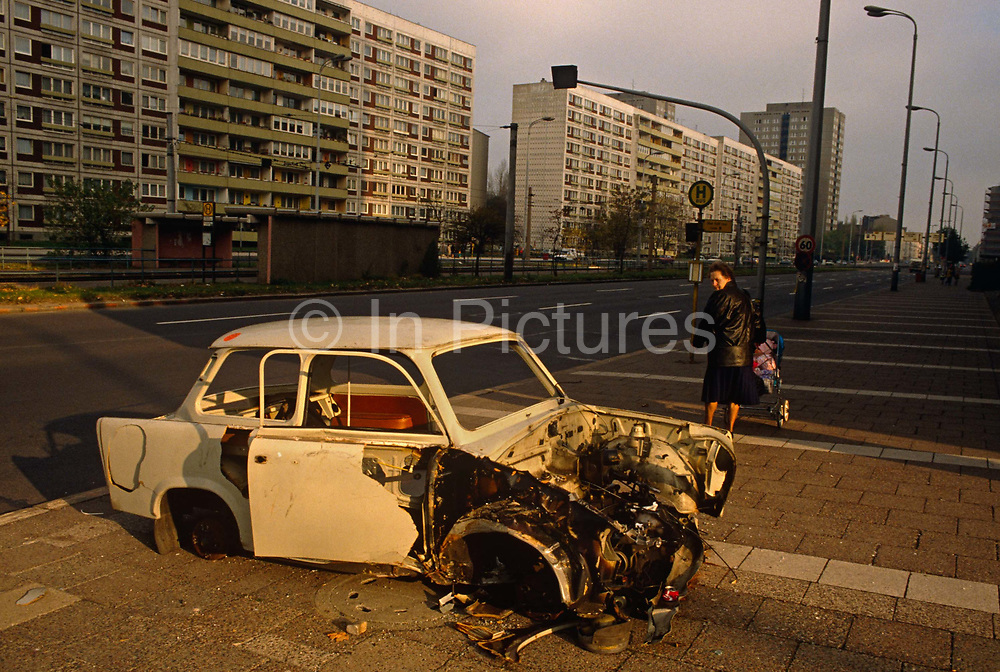