Accompanied by a pianist, south Londoners sit outside their rail station on whose wall is a screening of the silent film Easy Street starring a former local boy, Charlie Chaplin, kicking off a series of the Free Film Festival in Herne Hill in the London borough of Lambeth. There is no official record of his birth although Chaplin believed he was born at East Street in nearby Walworth. Chaplin's childhood was fraught with poverty and hardship, making his eventual trajectory ‘the most dramatic of all the rags to riches stories ever told’. Easy Street is a 1917 short comedy. In the film, the police are failing to maintain law and order and so it is Chaplin, as the Little Tramp character, who steps forward (rather reluctantly) to rid the street of bullies, help the poor, save women from madmen and generally keep the peace. 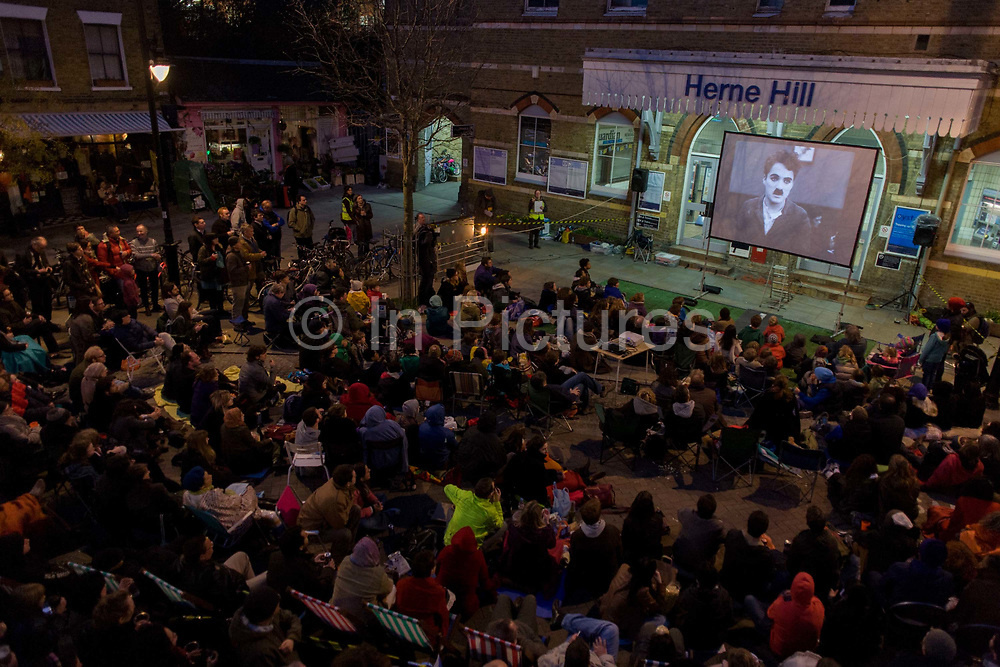