A WW2-era German secret Enigma code machine is displayed in the Locarno Dining Room, in the Foreign and Commonwealth Office FCO, on 17th September 2017, in Whitehall, London, England. The Enigma machine is a piece of hardware invented by a German and used by Britains codebreakers as a way of deciphering German signals traffic during World War Two. It has been claimed that as a result of the information gained through this device, hostilities between Germany and the Allied forces were curtailed by two years. An estimated 100,000 Enigma machines were constructed. 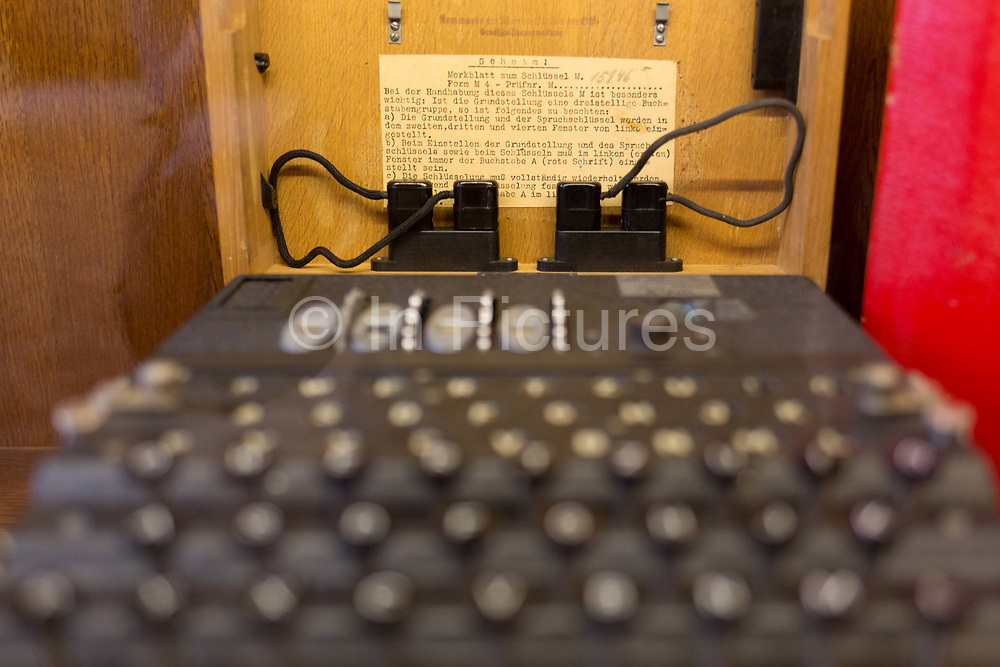