London 8th September 2012: A fire breaks out in the empty buildings of a former primary school called Bessemer Grange, off Denmark Hill in the south London borough of Southwark. A sign telling driving parents not to park alongside one of the the school entrances, making it dangerous for youngsters but making an ironical statement about the incident. The former pre-school structure was eventually gutted after several fire tenders arrived to douse the flames which had already taken hold of the prefabricated structure. Bessemer Grange junior school and the current nursery occupies a location across the road and is on the former site of Victorian iron magnate, Henry Bessemer's mansion. 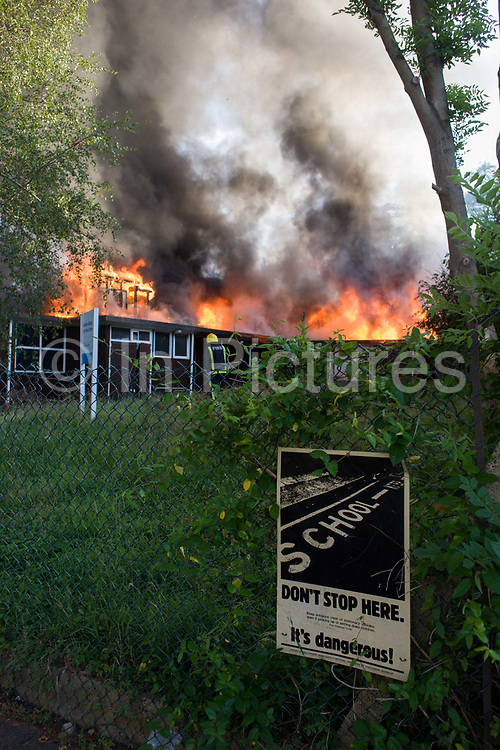