People take their morning exercise of tai chi in Zizhuyuan Park in Beijing, China. This park is well known as a place where middle aged or elderly Chinese come. This can take all forms including some surprising ones. Purple Bamboo Park (Zi Zhu Yuan Gongyuan) also called Zizhuyuan Park or Black Bamboo Park largest parks in Beijing. It is located in the Haidian District. The park consist of three connecting lakes covering over a total area of 48 hectares. Typical of the classical Chinese garden style, and like many of Beijing's parks and gardens, it is a mountain-water landscaped garden. Constructed around canals and large lakes, the Bamboo Park is known for its liberal use of verdant bamboo groves. The garden has a variety of bamboos on display. Young people also believe that if they go to the park as a couple that their relationship is doomed to fail. 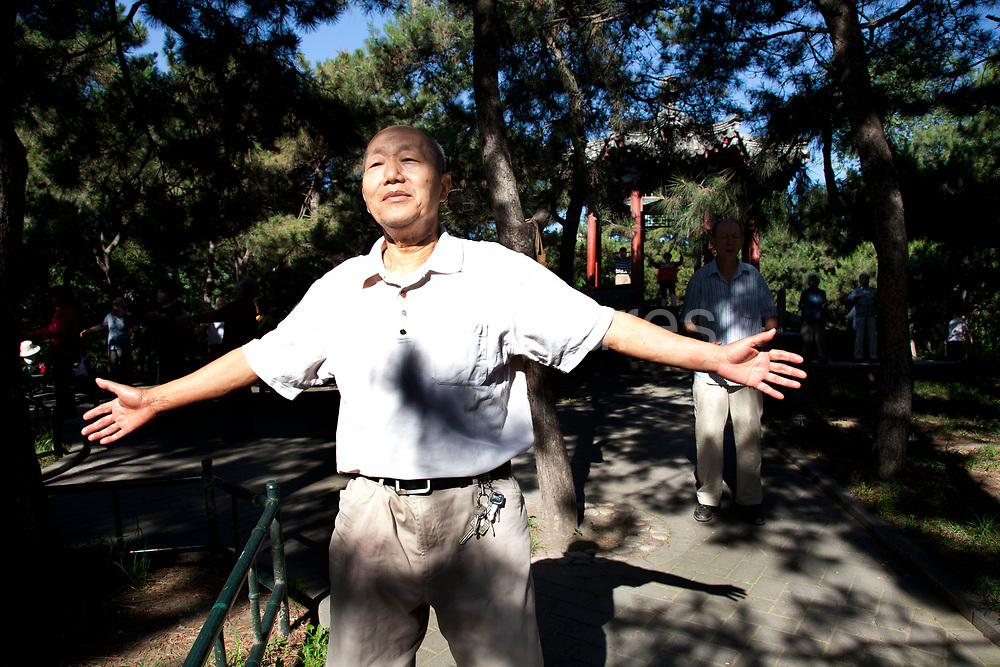