Two days after the Irish Republican Army (IRA) exploded a truck bomb on Bishopsgate, an optometrist's business remains open (like the eye illustration at the frontage) but it is boarded up with plywood with the words Open as Usual painted by hand. Debris has been swept up on the pavement awaiting collection but the scene is otherwise as it should. But one person was killed when the one-ton fertiliser bomb detonated directly outside the medieval St Ethelburga's church on 24th April 1993. Buildings up to 500 metres away were damaged, with one and a half million square feet (140,000 m) of office and retail space being affected and over 500 tonnes of glass broken. Costs of repairing the damage was estimated at £350 million. It was possibly the (IRA's) most successful military tactic since the start of the Troubles. 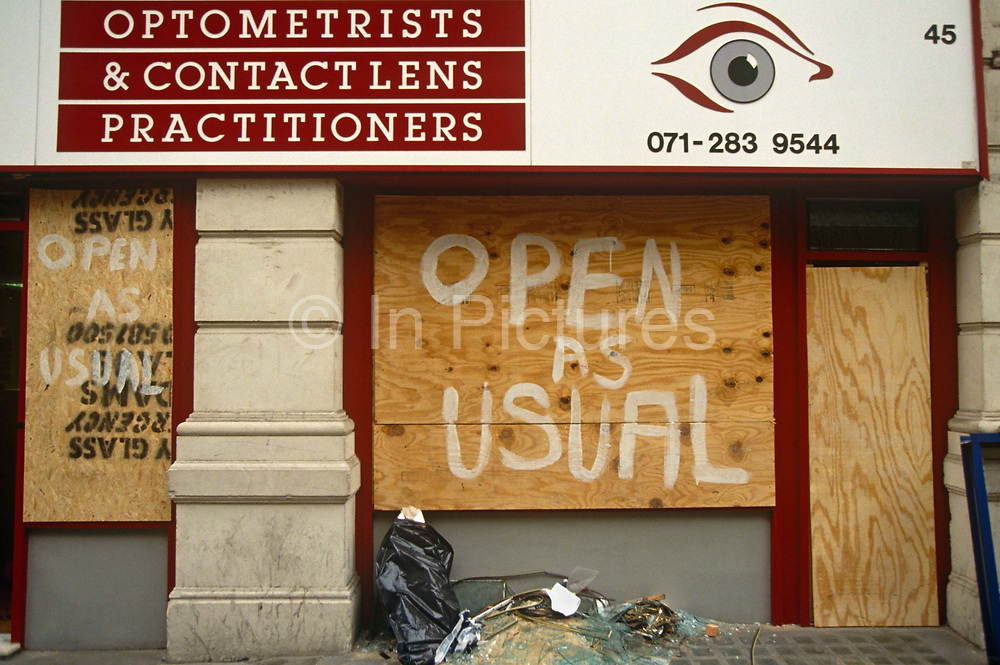