The face of Russian President Vladimirovich Putin appears on the front page of American global newspaper USA Today. The detail shows us Putin's face looking out from under the rack on sale outside a central London newsagent that sells titles from around the world. The date shows that page 1 is on the the sixth of March 2014 - 03.06.14 - when uncertainty of the Russian's annexation of the Crimea made headlines around the globe. Propaganda came from both sides as each nation tried to persuade other countries to back their own actions. Vladimir Putin has been the President of Russia since 7 May 2012. He previously served as President from 2000 to 2008, and as Prime Minister of Russia from 1999 to 2000 and again from 2008 to 2012. 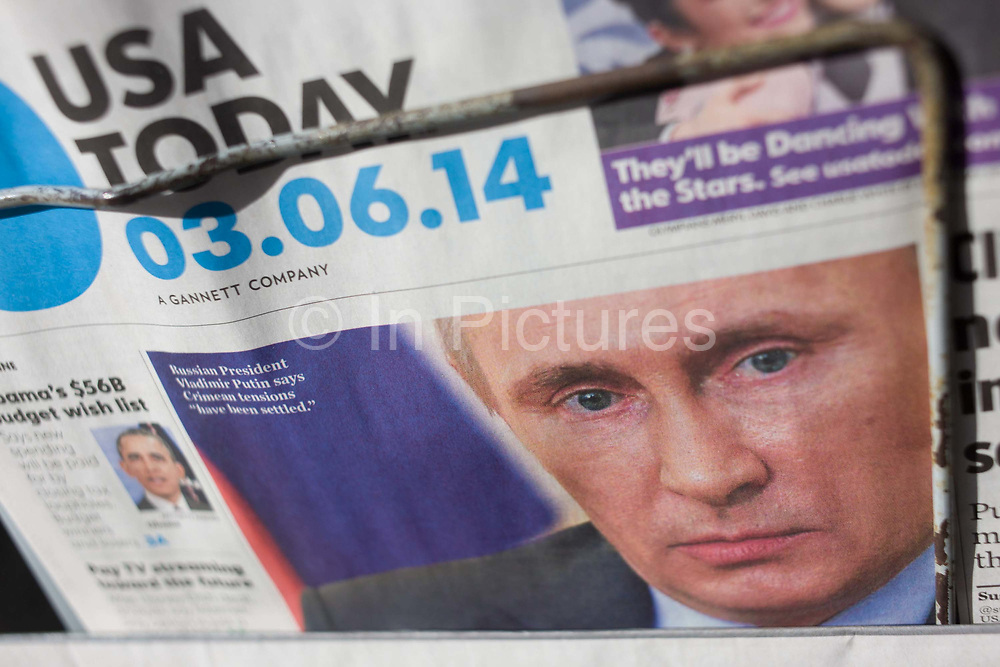