Seated on a cradle in an RAF hangar is a Rolls-Royce/Turbomeca Adour Mk 151 jet engine belonging to the 'Red Arrows', Britain's Royal Air Force aerobatic team at RAF Scampton. Inside the hangar that housed the Dambusters 617 Squadron are Hawk aircraft elsewhere. This engine powers the Red Arrows Hawks throughout their calendar of appearances at air shows and fly-pasts across the UK and a few European venues. Since 1965 the squadron have flown over 4,000 shows in 52 countries and are an important part of Britain's summer events where aerobatics aircraft perform their manoeuvres in front of massed crowds. The Adour is the result of an Anglo-French project of the early 1970s which has proved exceptionally reliable, economical for fuel and simple and cheap to maintain. 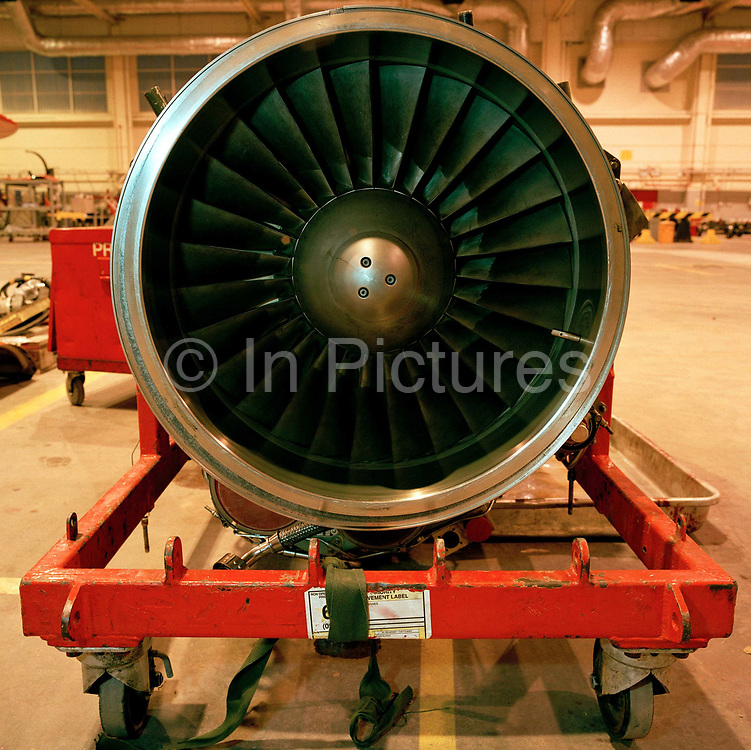