The first mass anti-communist protests took place in July 1990, forcing the regime into some cosmetic changes in economic policy. It was in vain: shortages of spare parts, aging machinery, drought and growing unrest brought the economy to a standstill. By the year's end, after strong student and trade union protests, the regime was forced to accept a multiparty system. Hoxha's gilded statue in Skanderbeg Square, Tirana, was torn down by rioters on February 20, 1991. 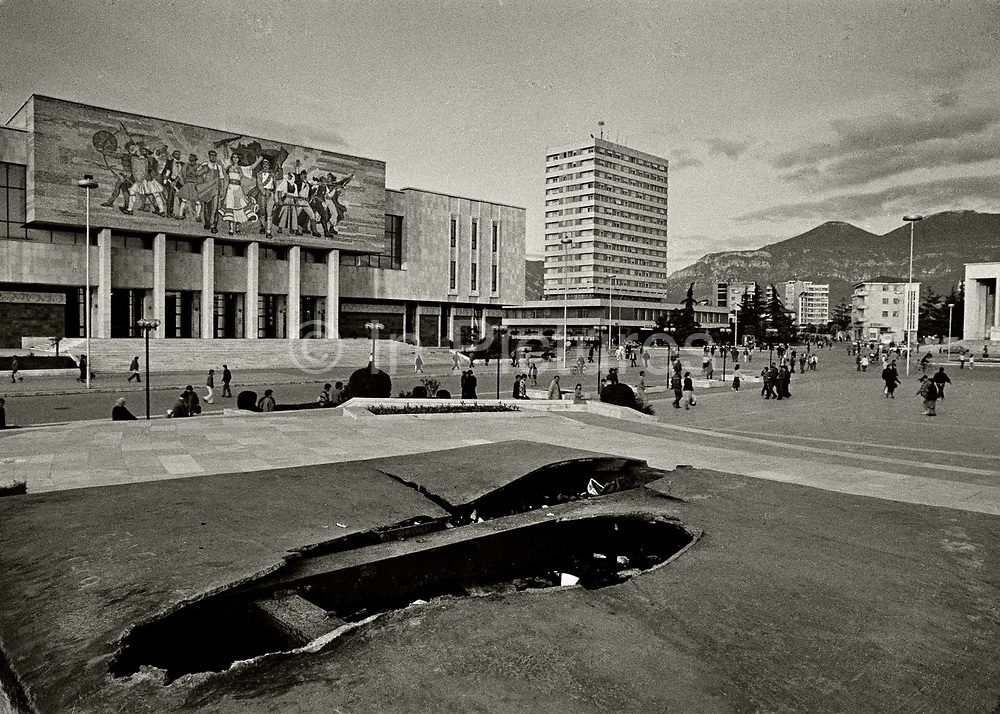