A memorial has been placed where a fictitious TV character called Victor Meldrew was filmed being killed at Shawford Station, Hants, England, UK. If we drove past where someone's life ended, the victim would just be an anonymous statistic but flowers are left to die too and touching poems and dedications are written by family and loved-ones. One reads: "We don't want to win a million, we want Victor back!" From a project about makeshift shrines: “Britons have long installed memorials in the landscape: Statues and monuments to war heroes, Princesses and the socially privileged. But nowadays we lay wreaths to those who die suddenly - ordinary folk killed as pedestrians, as drivers or by alcohol, all celebrated on our roadsides and in cities with simple, haunting roadside remberences. 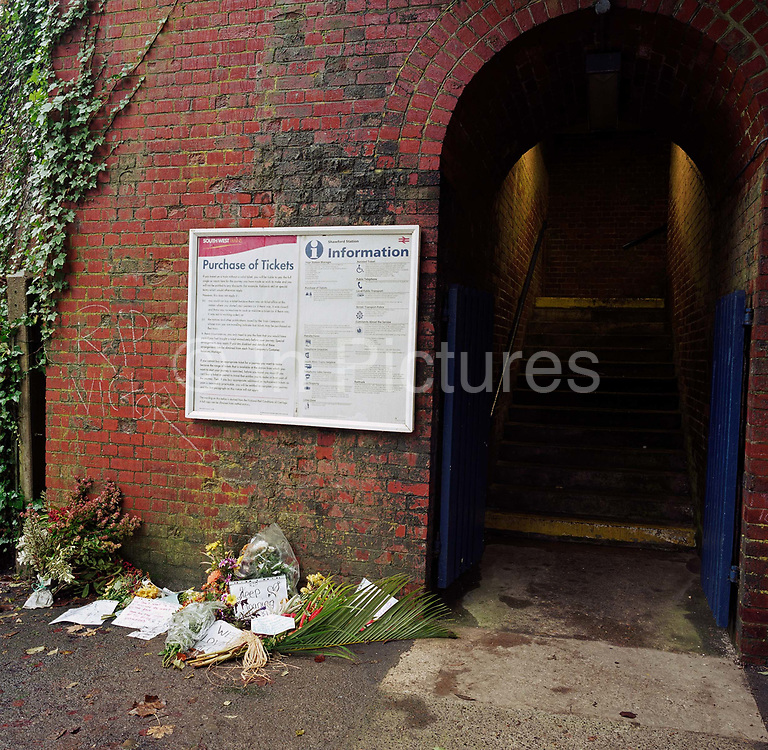