March 26 was the day of the March for the Alternative, an anti-cut demonstration organised by the TUC, which drew 3-500.000 people from all over Britain. Along side and after various groups, some Black Bloc, some from UK Uncut and other independent groups staged their own protests around Central London. Traffalgar Square turned into a big party in the early evening. At one point however police felt in necessary to move in and protect the Olympic Clock in the sqaure from being damaged. This led to angry outbursts from the people in the sqaure and police decided to clear the square which led to skirmishes between police and activists. 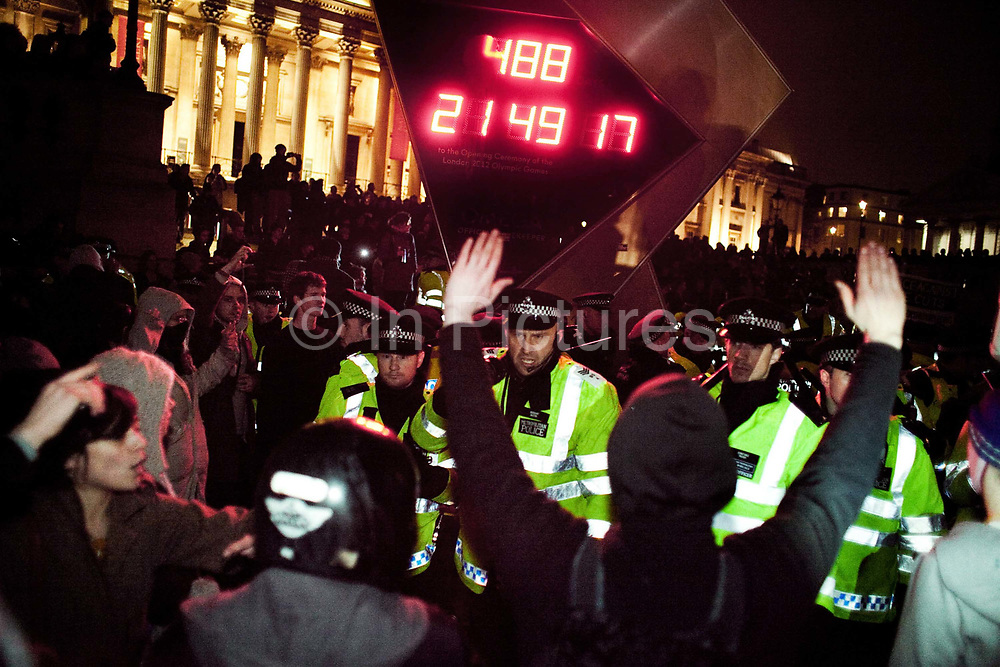