A portrait of English singer and musician, Roger Daltrey relaxing at the waters edge at the trout farm he developed, in the summer of 1989, near Burwash, England. Roger Harry Daltrey, CBE b1944 is an English singer-songwriter and actor. In a career spanning more than 50 years, Daltrey came to prominence in the mid-1960s as the founder and lead singer of the English rock band The Who, which released fourteen singles that entered the Top 10 charts in the United Kingdom during the 1960s, 1970s, and 1980s. 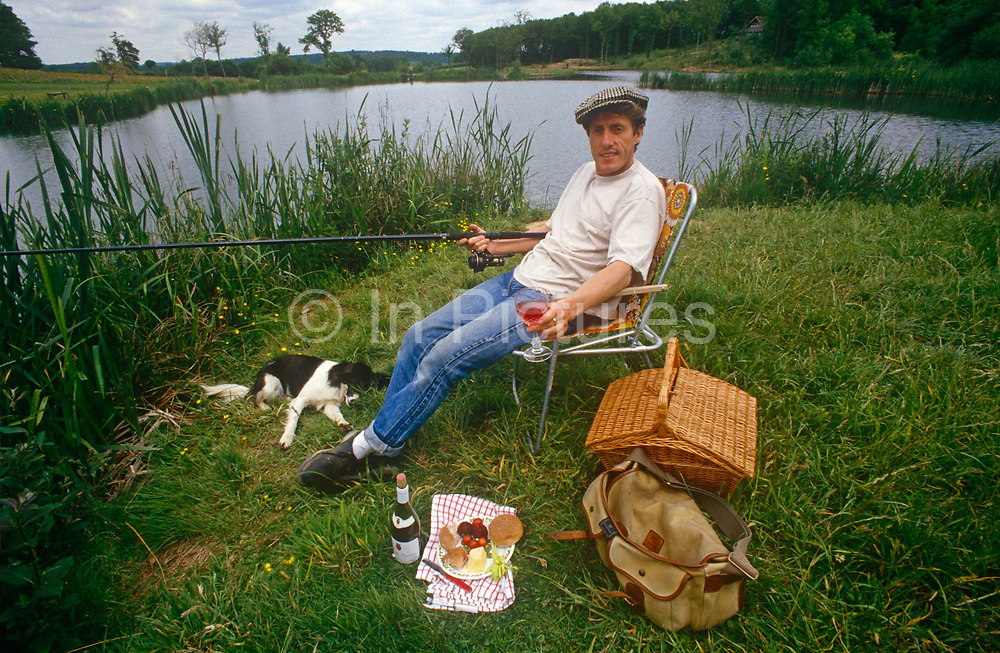