RAF Fylingdales is a British Royal Air Force station high on Snod Hill in the North York Moors, England. Before their demolition by Ministry of Defence contractors this early attack warning Cold War facility, consisted of three 40-metre-diameter 'golfballs' or geodesic domes (radomes) containing mechanically steered radar. They became a local tourist attraction and coach tours drove past the site listening to the interference on radios emitted by the radomes. They have since been replaced by the current tetrahedron ('pyramid') structure and is still a secret location. Its Motto is "Vigilamus" ("We are watching"). It is now a radar base and part of the United States-controlled Ballistic Missile Early Warning System (BMEWS). 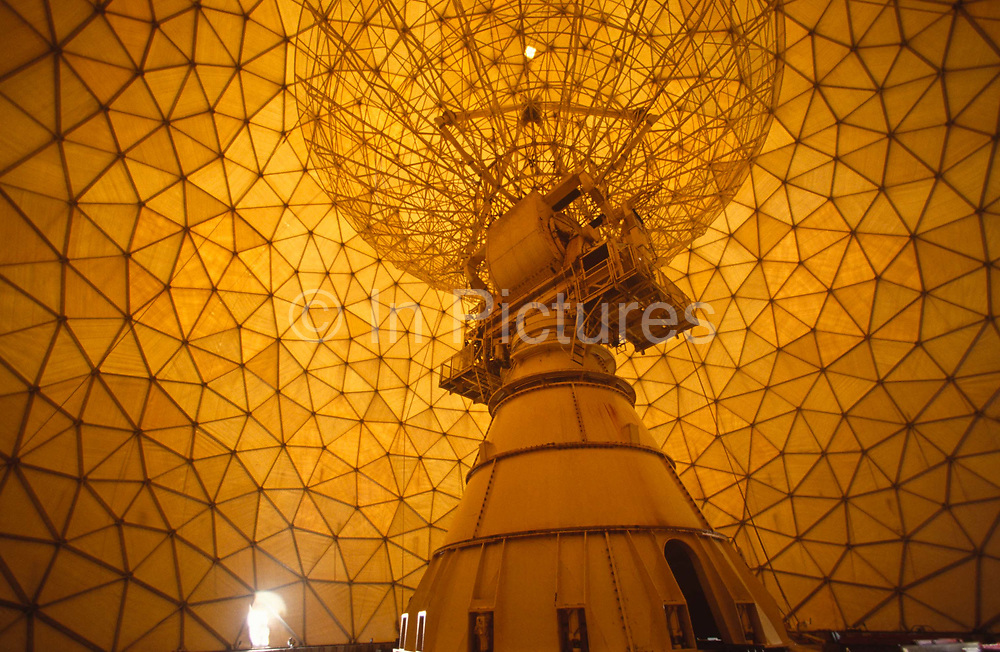