The portraits of Emperor Napoleon III and Empress Eugenie at the top of the Muses Stair below the glass octagonal lantern, in the Foreign and Commonwealth Office FCO, on 17th September 2017, in Whitehall, London, England. The royal portraits of Napoleon Empress Eugenie, were gifted to the East India Company in gratitude of its benefaction to the Paris Exhibition of 1855. The roof is an octagonal glass dome, graced by goddesses of plenty canephora and cherubs illustrating the Roman virtues. The main Foreign Office building is in King Charles Street, and was built by George Gilbert Scott in partnership with Matthew Digby Wyatt and completed in 1868 as part of the new block of government offices which included the India Office and later 1875 the Colonial and Home Offices. George Gilbert Scott was responsible for the overall classical design of these offices but he had an amicable partnership with Wyatt, the India Office’s Surveyor, who designed and built the interior of the India Office. 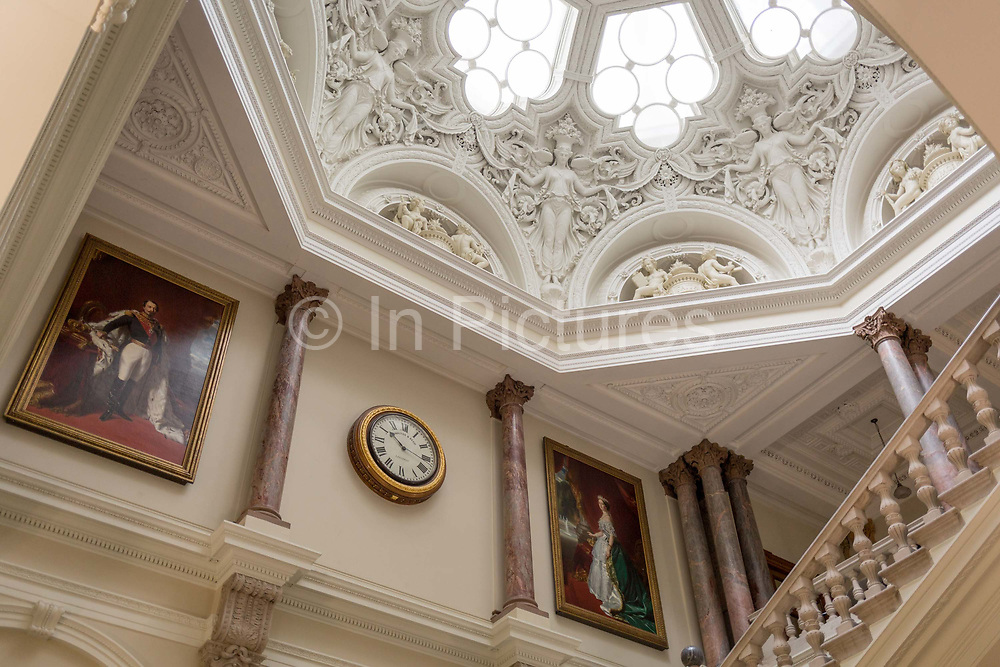