A Books Etc bookseller now closed, a victim of the UK recession, a former branch in the financial City of London. 28 BOOKS etc. shops, with over one million square feet of retail space taking around 8% of the retail bookselling market. In 2008 and 2009 the store numbers were reduced before the collapse of the chain. They also operated one single branch in Ireland, but closed this early in 2009. On 26 November 2009 it was announced that Borders (UK) had gone into administration. All stores closed on 24 December 2009. Around a recession-bled Britain, high-street businesses have been going bust in their thousands. Britain has now endured eight recessions since the Second World War. 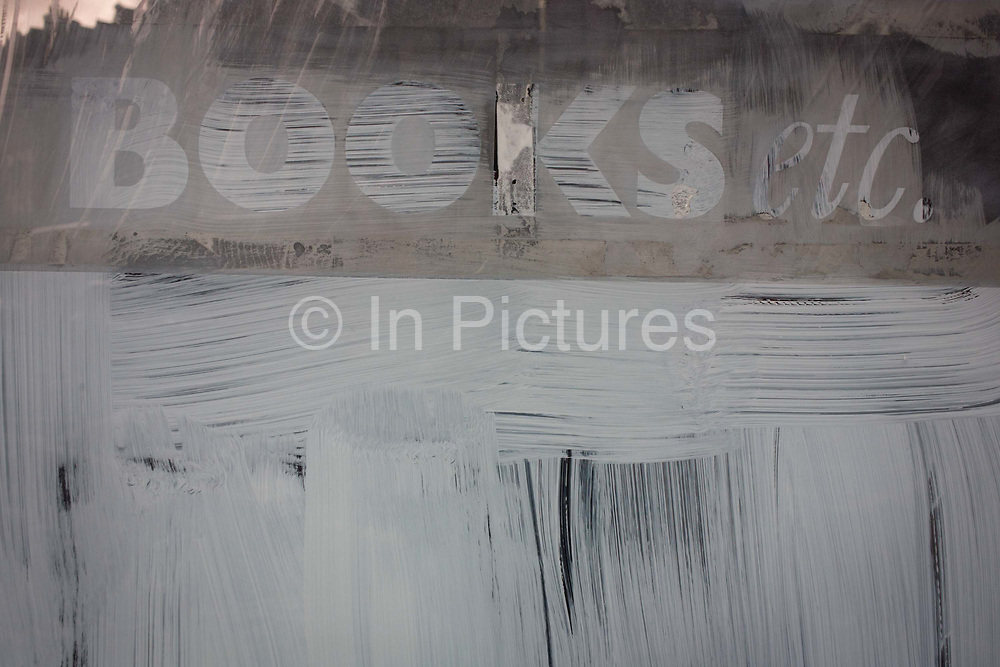