Looking upwards towards the back of a number 8 red London bus which passes the pillars of the famous Bank of England building at Cornhill in the City Of London, the financial district, otherwise known as the Square Mile. We see the Bank rising as an imposing classical structure. Its columns are converging because of wide-angle lens-distortion, giving us the image of strength, stability and influence in UK economics. The bus is a traditional design called a Routemaster which has been in service on the capital's roads since 1954 and is nowadays only seen on heritage routes. Its distinctive rounded rear bodywork is easily recognisable as that classic British icon. 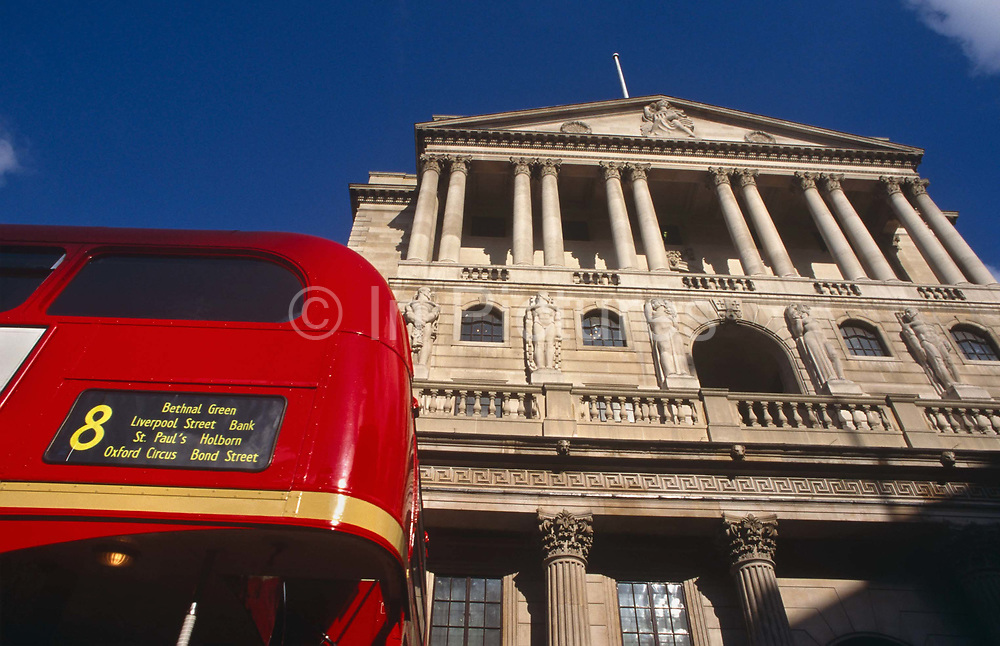