Three young women tourists admire The Coronation of Napoleon (Le Sacre de Napoléon), a painting of almost 10 x 6 metres completed in 1807 by Jacques-Louis David, the official painter of Napoleon. The crowning and the coronation took place at Notre-Dame de Paris, a way for Napoleon to make it clear that he was a son of the Revolution. The Musée du Louvre is one of the world's largest museums, the most visited art museum in the world and a historic monument. A central landmark of Paris, France, it is located on the Right Bank of the Seine in the 1st arrondissement (district). Nearly 100,000 objects from prehistory to the 19th century are exhibited over an area of 60,600 square metres (652,300 square feet). 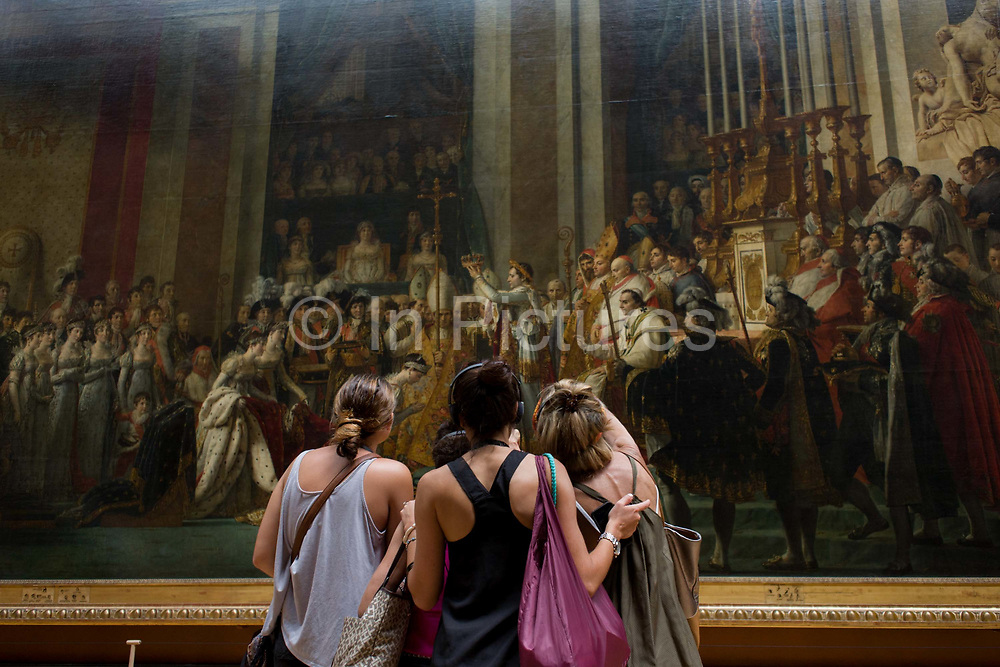