Kato - a large male orang-utan - climbs into the forest, ending almost a lifetime of captivity, at his release site in Bukit Baka Bukit Raya National Park in Central Kalimantan, Borneo, Indonesia on 23rd May 2017. Kato, and 5 female orang-utans, have come from Nyaru Menteng Rehabilitation Centre, run by the Borneo Orangutan Survival Foundation to be released back into the wild. Kato was rescued in 2003 after being kept illegally as a pet. He has undergone a long rehabiliation process that included living on a pre-release island where orang-utans learn how to survive in the wild. 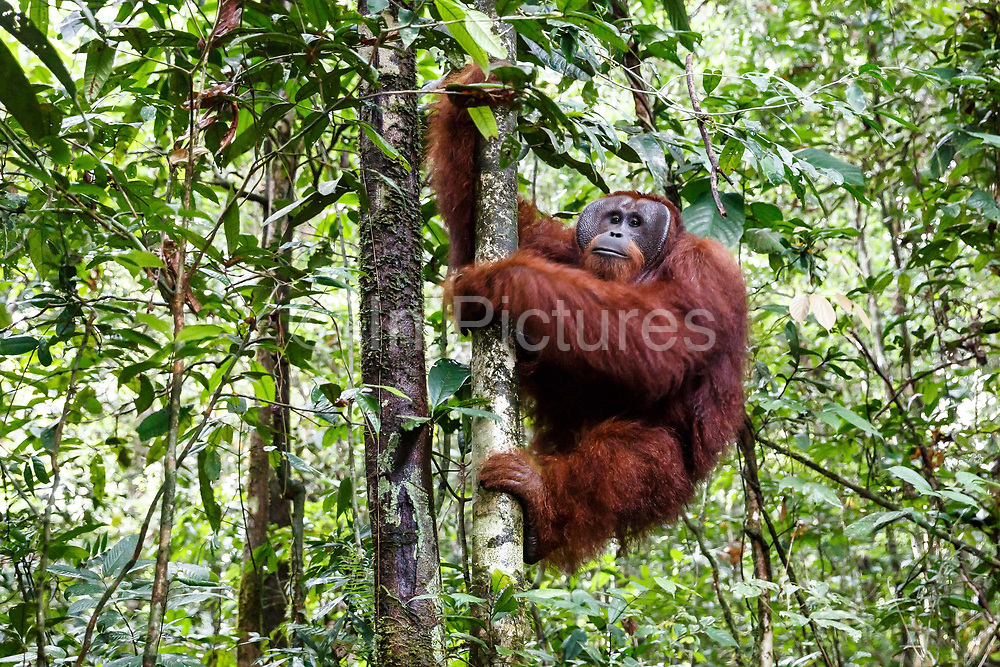