Children play games in a school playground in Bajram Curri with snow topped mountain in the Valbona Valley National Park behind on the 12th of December 2018, Albania. Bajram Curri is a town located in northern Albania, very close to the border with Kosovo, in a remote, mostly mountainous region. The town is named after Bajram Curri, a national hero who fought for ethnic Albanians, first against the Ottoman Empire and later against the Albanian government. 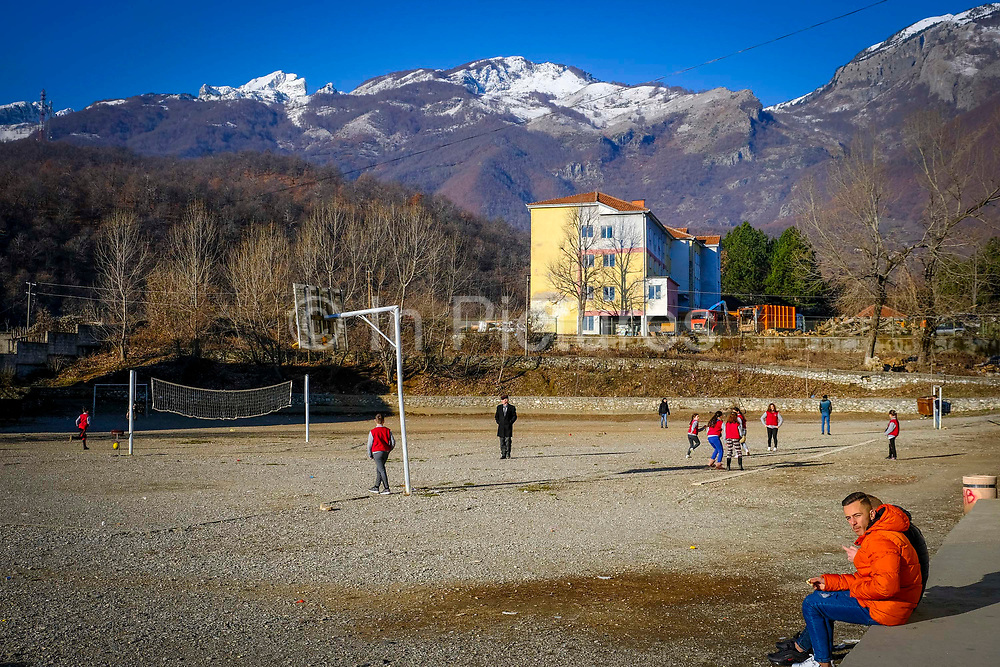