Seen from Colle-Kohlern, a high location above northern Italian south Tyrolean city of Bozen-Bolzano, we see a signpost that tells drivers and hikers that the city is 9km away. Pointing downhill, the road snakes towards the bottom of the cable car lift. Written in both German and Italian, German speakers make up the largest proportion of the south Tyrol population. This is also the only region in Italy where the majority of the population speaks German as their mother tongue and so it's officially bi-lingual, including all road signs, menus and media, 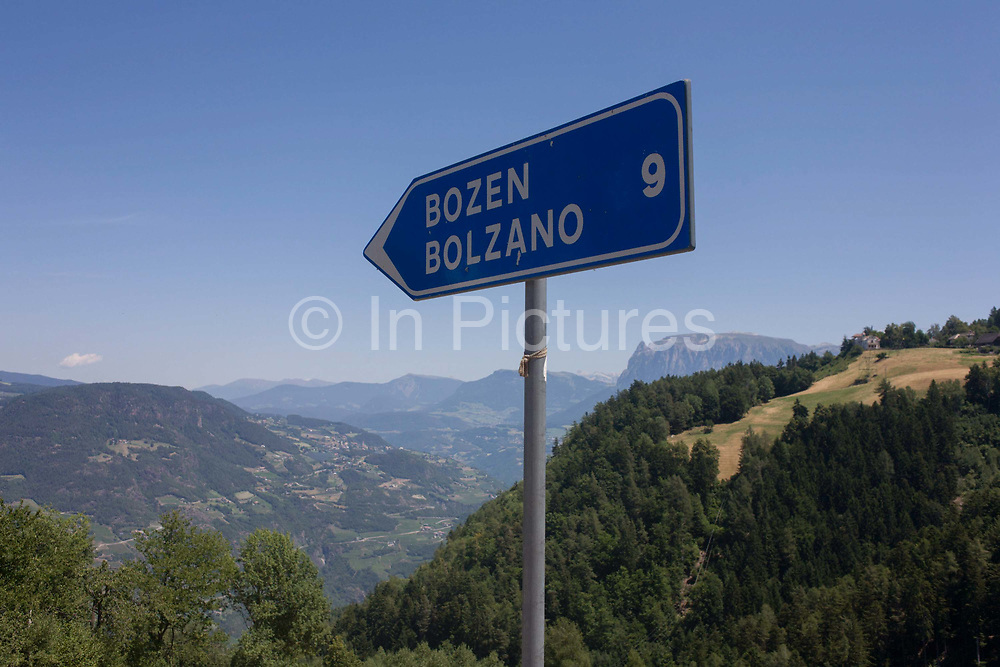