The John Lennon Memorial Wall in Velkoprevorske namestiGrand Priory Square, Malá Strana, on 18th March, 2018, in Prague, the Czech Republic. The Lennon Wall or John Lennon Wall is a wall in Prague, Czech Republic. Once a normal wall, since the 1980s it has been filled with John Lennon-inspired graffiti and pieces of lyrics from Beatles songs. In 1988, the wall was a source of irritation for the communist regime of Gustáv Husák. Young Czechs would write grievances on the wall and in a report of the time this led to a clash between hundreds of students and security police on the nearby Charles Bridge. The movement these students followed was described ironically as Lennonism and Czech authorities described these people variously as alcoholics, mentally deranged, sociopathic, and agents of Western capitalism. 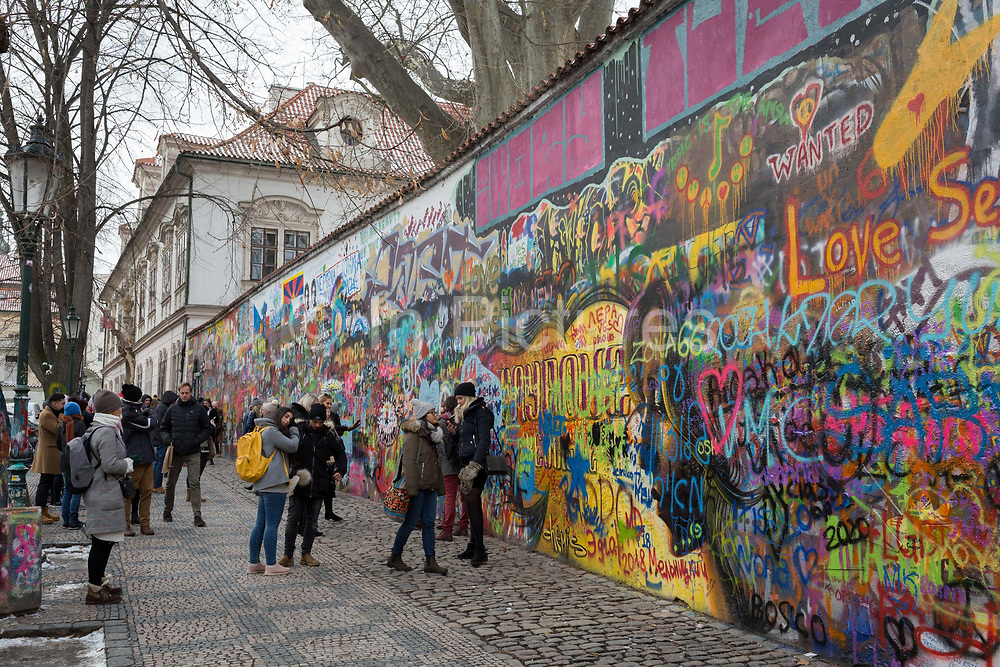