An elderly gentleman looks out from his urban cottage opposite the new Millennium Dome, soon to force him from home. 76 year-old Ronald White stands in the doorway of his home in the short row of Georgian cottages called Ceylon Place that he has lived in for many years. But the construction of the nearby Millennium Dome means that Ronald will have to leave his house and be displaced for the sake of this highly controversial building project, in time for its opening on Millennium night 1999. He looks worried and anxious about his impending move though it is not known if he was ever allowed to move back. 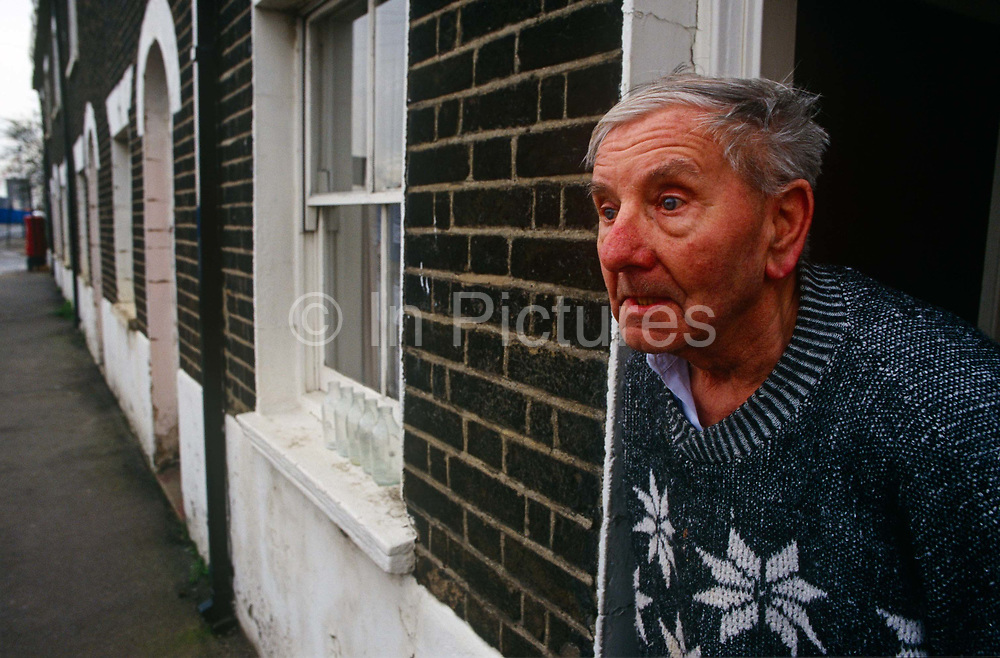