A Migoyan technician covers a Mikoyan MiG-29 fighter jet as it makes its first ever display appearance to a western air show audience. The Mikoyan MiG-29 or "Fulcrum" is a fourth-generation jet fighter aircraft designed in the Soviet Union for an air superiority role. Developed in the 1970s by the Mikoyan design bureau, it entered service with the Soviet Air Force in 1983, and remains in use by the Russian Air Force as well as in many other nations. 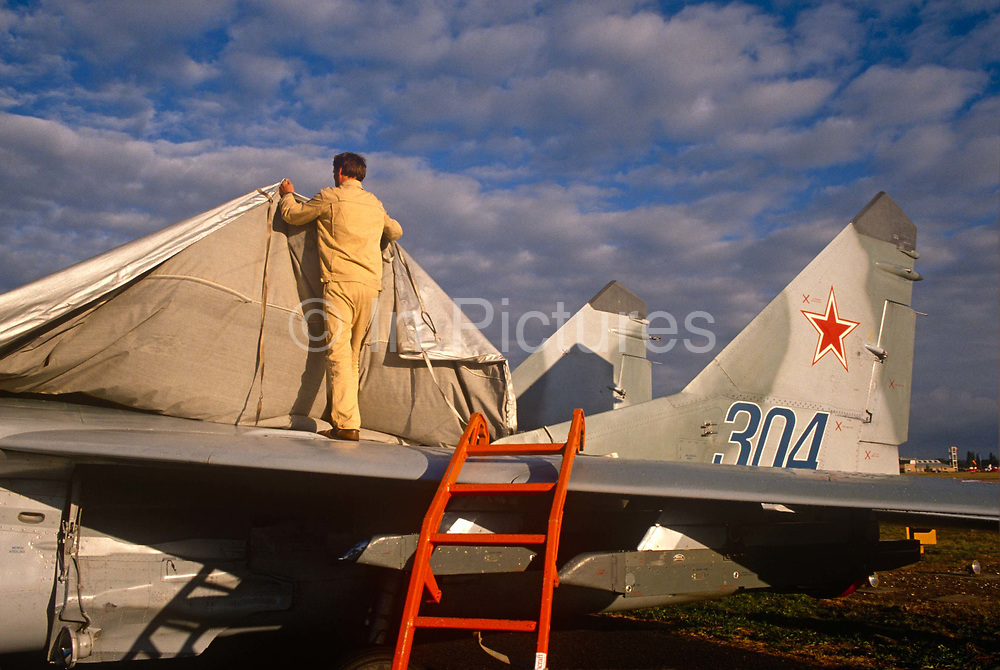