Out on the Surrey Union hunt. The Surrey Union has been hunting in Surrey since the 18th century and hunts on into the 21st century, albeit within the restrictions of Hunting Act.  The Hunt meets on Tuesdays and alternate Fridays and Saturdays during the main part of the season (but generally Tuesdays, Thursdays and Saturdays after the end of shooting) and is pleased to welcome visitors and supporters, mounted or on foot. It is generally accepted that the Surrey Union dates back to 1798, and was probably so named following the amalgamation of two private packs belonging to the Leech family of Lea Park, Godalming, and the Rev. Samuel Godschall of Albury.  The hunt button to this day bears the letters UH and it is likely the combined pack was known simply as the Union Hunt in its earliest days. 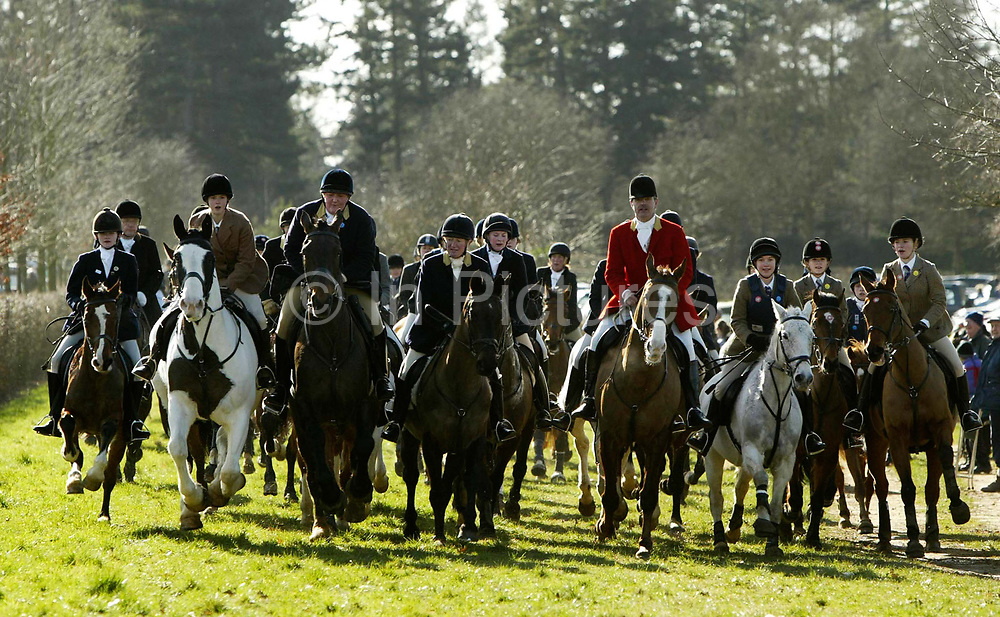