Tourism and antiquities Police hut and tourists at the ancient Egyptian Colossi of Memnon site, Luxor Nile Valley, Egypt. The Colossi of Memnon (memorial temple of Amenophis III) are two massive stone statues of Pharaoh Amenhotep III, who reigned during Dynasty XVIII. For the past 3,400 years (since 1350 BC) they have stood in the Theban necropolis, west of the River Nile from the modern city of Luxor. According to the country's Ministry of Tourism, European visitors to Egypt is down by up to 80% in 2016 from the suspension of flights after the downing of the Russian airliner in Oct 2015. Euro-tourism accounts for 27% of the total flow and in total, tourism accounts for 11.3% of Egypt's GDP. 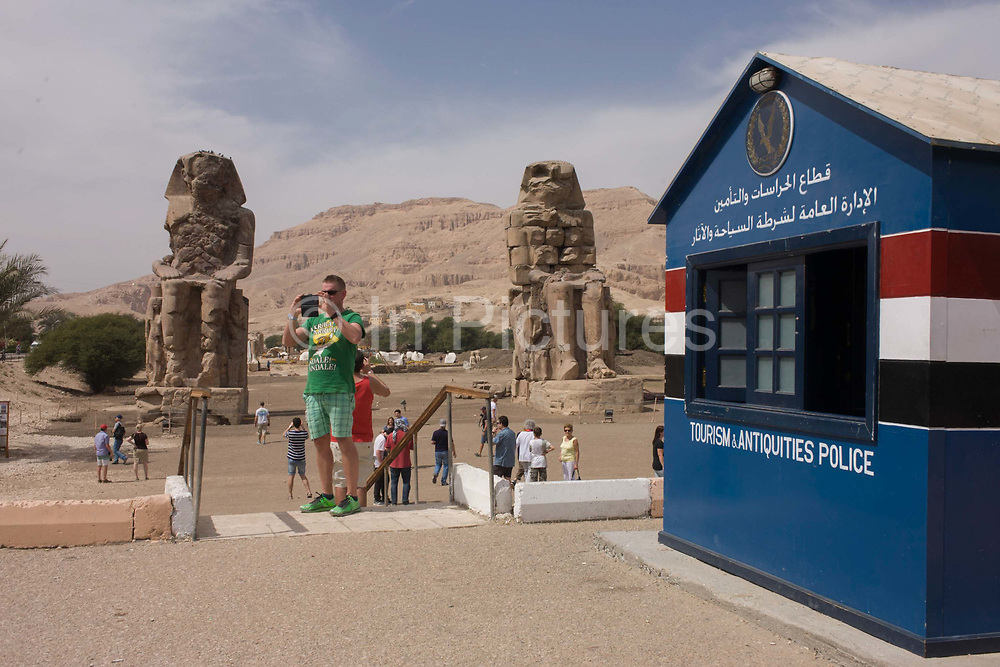