Queue waiting for bus in North Kensington in front of Fiat advertising poster. The Fiat 127 was one of the first of the modern superminis, and won praise for its utilisation of space as well as its road-holding. The 127 was an instant success, winning the European Car of the Year award for 1972, and quickly became one of the best-selling cars in Europe for several years. Coming and Going is a project commissioned by the Museum of London for photographer Barry Lewis in 1976 to document the transport system as it is used by passengers and commuters using public transport by trains, tubes and buses in London, UK. 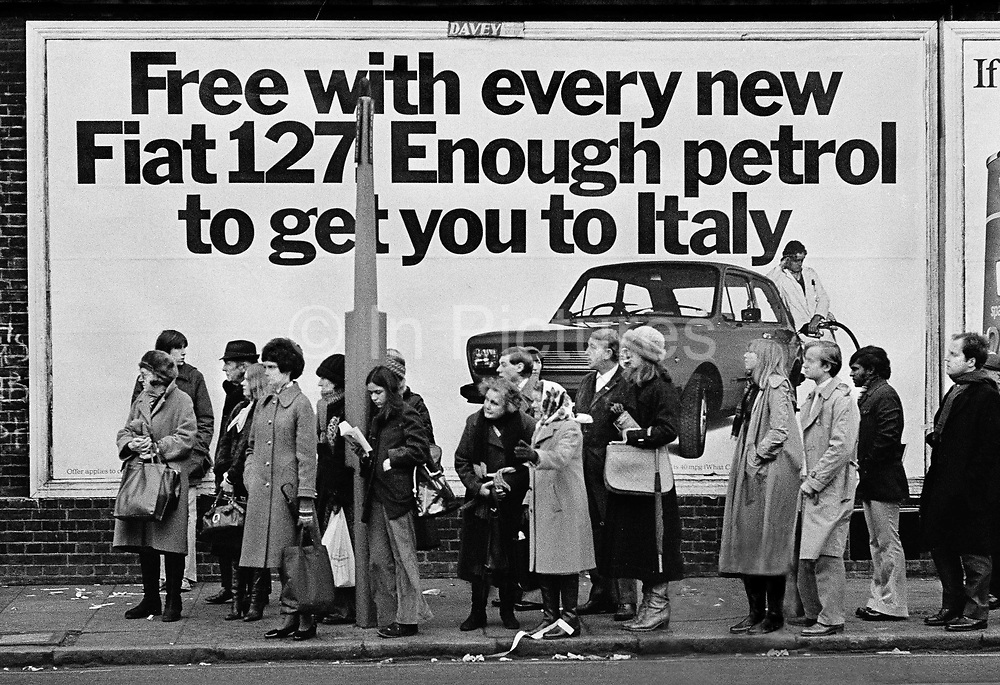