180 degree distorted fish-eye lens cityscape on Broadway, Lower Manhattan, New York City. The extreme nature of this specialist lens bends straight lines and translates them into curves to show a skyline of the city of NYC, blue sky surrounded by tall skyscrapers in this modern metropolis. New York City, with a Census-estimated population of over 8.4 million in 2013, is the most populous city in the United States. Alone, it makes up over 40 percent of the population of New York State. 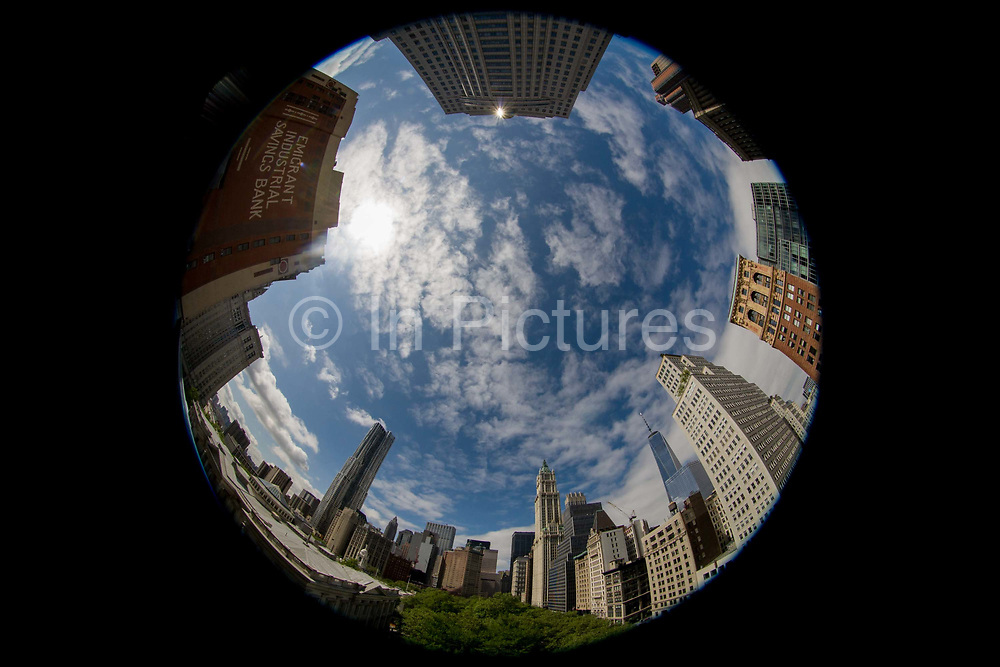