Tourists walk towards The Winged Victory of Samothrace, also called the Nike of Samothrace, a 2nd century BC marble sculpture of the Greek goddess Nike (Victory). Since 1884, it has been prominently displayed at the Louvre and is one of the most celebrated sculptures in the world. The Musée du Louvre is one of the world's largest museums, the most visited art museum in the world and a historic monument. A central landmark of Paris, France, it is located on the Right Bank of the Seine in the 1st arrondissement (district). Nearly 100,000 objects from prehistory to the 19th century are exhibited over an area of 60,600 square metres (652,300 square feet). 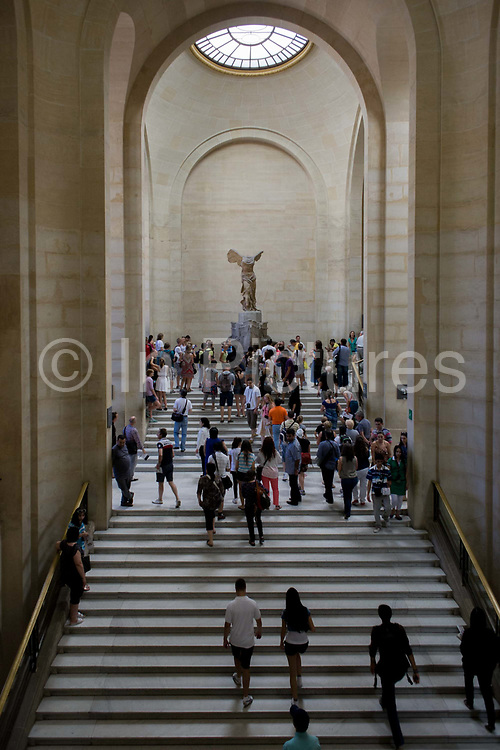