A Hungarian man stands in an open phone booth to make a call using a landline in a Budapest street. The word Telefon is overhead and this cold-war era technology is in use in 1990. According to Thomas Edison, "Tivadar Puskas was the first person to suggest the idea of a telephone exchange". Puskás's idea finally became a reality in 1877 in Boston. It was then that the Hungarian word "hallom" "I hear you" was used for the first time in a telephone conversation when, on hearing the voice of the person at the other end of the line, Puskás shouted "hallom". This cannot be confirmed by any original documents, however it has passed into Hungarian modern folklore. Hallom was shortened to Hello. 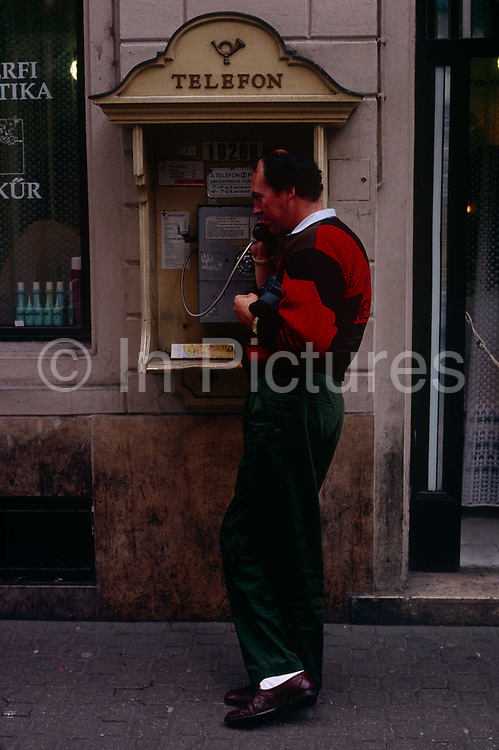