Xu Zhen, 26 and her two children Xu Feng, 5 (daughter) and Yang Chao Heng, 2 (son) from Hunan province, are staying with her mother, Wu Shu Lin, 50, at her home in, Guangxi province. Zhen is six months pregnant with her third child. If the authorities found out, they could force her to have a termination so she will only travel back to her province once the baby is born (its identity will not be linked to her husband's name that way) Many women get around the policy this way...Its over thirty years (1978) since the Mao's Chinese government brought in the One Child Policy in a bid to control the world's biggest, growing population. It has been successful, in controlling growth, but has led to other problems. E.G. a gender in-balance with a projected 30 million to many boys babies; Labour shortages and a lack of care for the elderly. 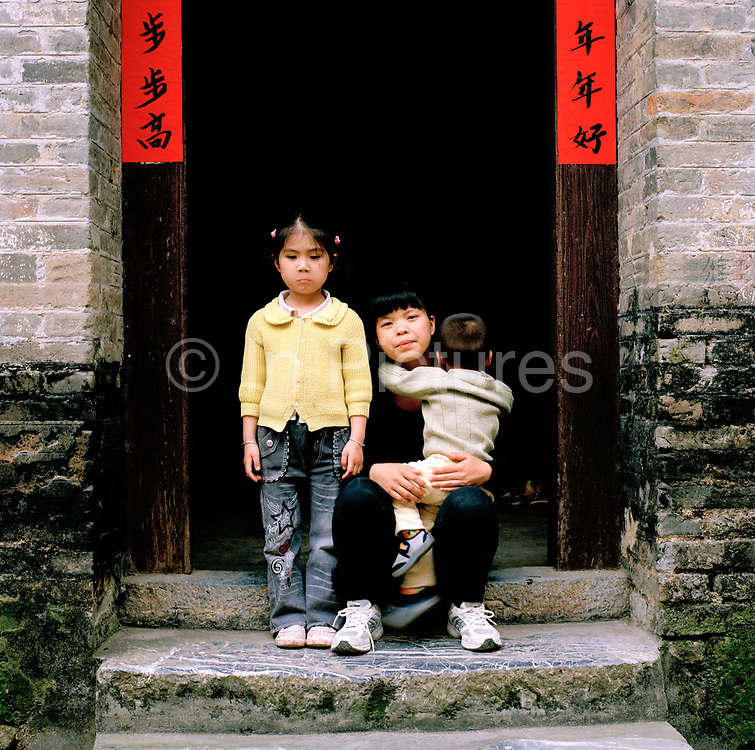