Pupils from Woolmer Hill School, Haslemere, Surrey, at the WW1 Thiepval Memorial, the largest British war memorial in the world – there were more than 57,000 British casualties in a single day during the battle of the Somme. The Thiepval Memorial to the Missing of the Somme is a major war memorial to 72,191 missing British and South African men who died in the Battles of the Somme of the First World War between 1915 and 1918 with no known grave. Designed by Sir Edwin Lutyens, the memorial was built between 1928 and 1932 and is the largest British battle memorial in the world. 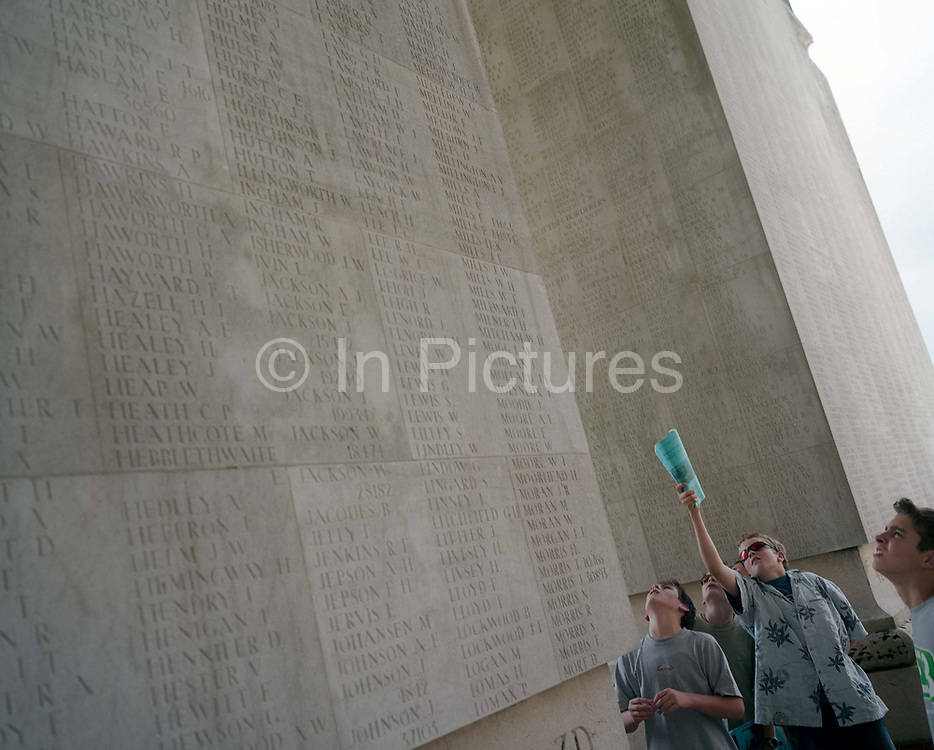