The Philippines - Bantayan Island - Buying fish direct from the fishermen

A woman and her daughter buy fish directly from the fishermen, Talisay, Santa Fe, Bantayan Island, The Philippines. On November 6 2013 Typhoon Haiyan hit the Philippines and was one of the most powerful storms to ever make landfall. The storm had a devastating impact on the fishing industry and caused extensive environmental damage which will have a long term impact on ecosystems and the communities who rely on them for food and employment. Three-quarters of the island’s population of about 136,000 depend on fishing as their main source of income. Thousands lost their boats and equipment in the storm. Oxfam is working to support the immediate and long-term needs of affected communities on Bantayan Island including establishing boat repair stations. 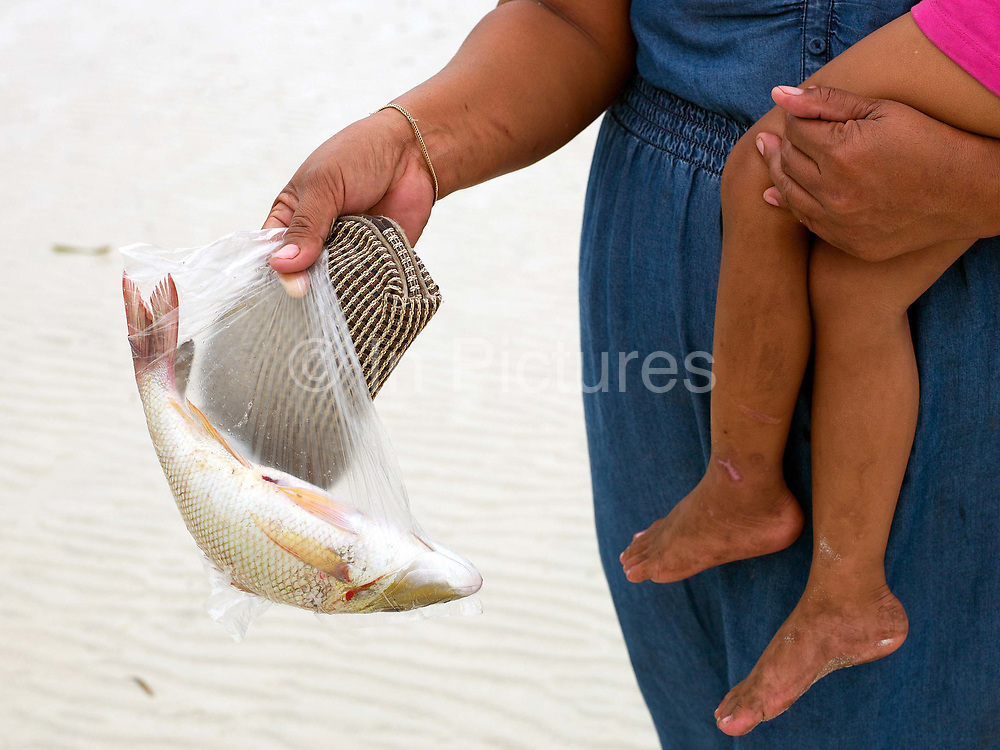