The EU flag hangs limply alongside the old German world Prussian eagle near the balcony of Frankfurt's Rathaus or Town hall in historic Romerberg Square. The yellow stars formed into a circle of the European Union member states lie on a background of blue but the bronze green eagle harks back to a previous era of German politics and culture. The state of Prussia developed from the State of the Teutonic Order. The original flag of the Teutonic Knights had been a black cross on a white flag. Emperor Frederick II in 1229 granted them the right to use the black Eagle of the Holy Roman Empire.[citation needed] This "Prussian Eagle" remained the coats of arms of the successive Prussian states until 1947. 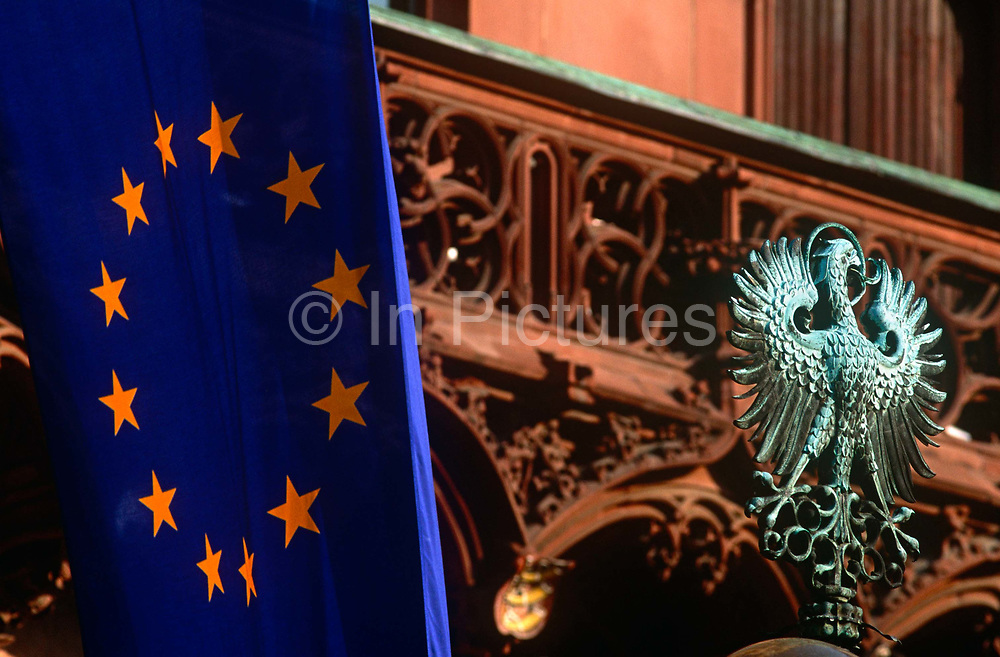