Resistance: The best Olympic Spirit. With John Carlos, Doreen Lawrence, Janet Alder and others. The audience join in and salute John Carlos and the other speakers at the end of the night. The event was organised by the RMT and the Fire brigade Union in connection with John Carlos' visit from the United States. John Carlos won Bronze in the 200 Olympics final in 1968 in Mexico. He and his fellow black American runner, Tommie Smith who won Gold, raised their black gloved fists, wearing no shoes, on the podium to highlight the plight of black Americans. Both lost their medals and were expelled from the American Olympic team and sent home where they faced years of death threats and struggling to keep their careers going. The image of the two men became an iconic symbol of standing up against oppression not just for black Americans but worldwide. 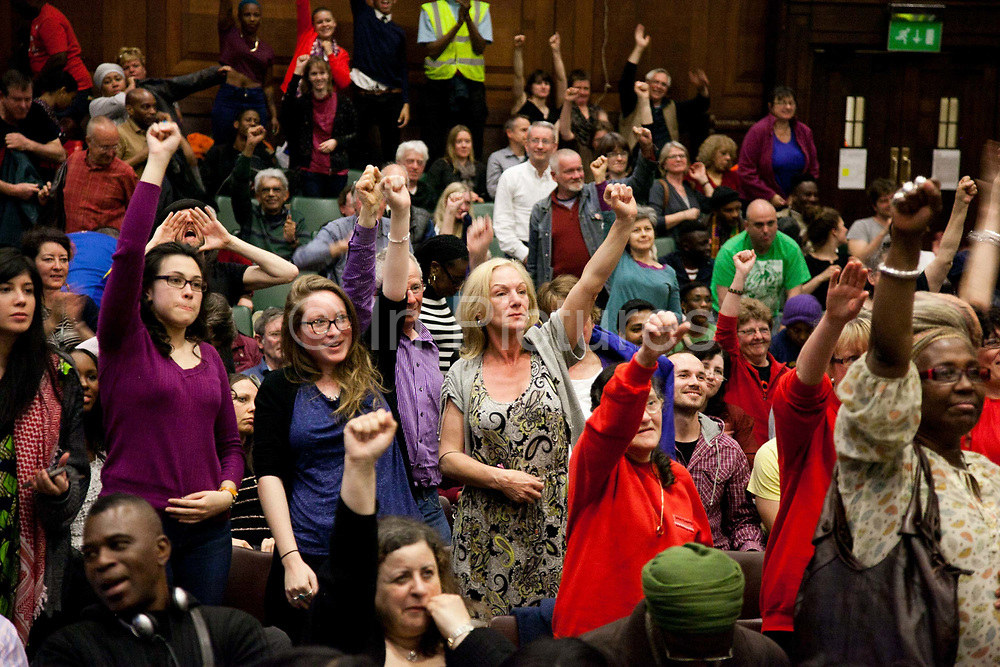