India - Kerala - An actor is laced into a costume before a performance of the Hindu epic, the Ramayana

An actor is laced into a costume before a performance of the Hindu epic, the Ramayana. The costume is the most distinctive characteristic of Kathakali. The makeup is very elaborate and the costumes are very large and heavy. There are several kinds of costume. There are: Sathwika (the hero), Kathi (the villain), Minukku (females), and Thatti. These basic divisions are further subdivided in a way which is very well known to Malayali (Keralite) audiences. Each character is instantly recognisable by their characteristic makeup and costume.The Kalamandalam was founded in the 1930's to preserve the ancient forms of Keralan arts and dance of which Kathikali, a mute mixture of ballet and drama is the most well known..Cherathuruty, Kerala, India 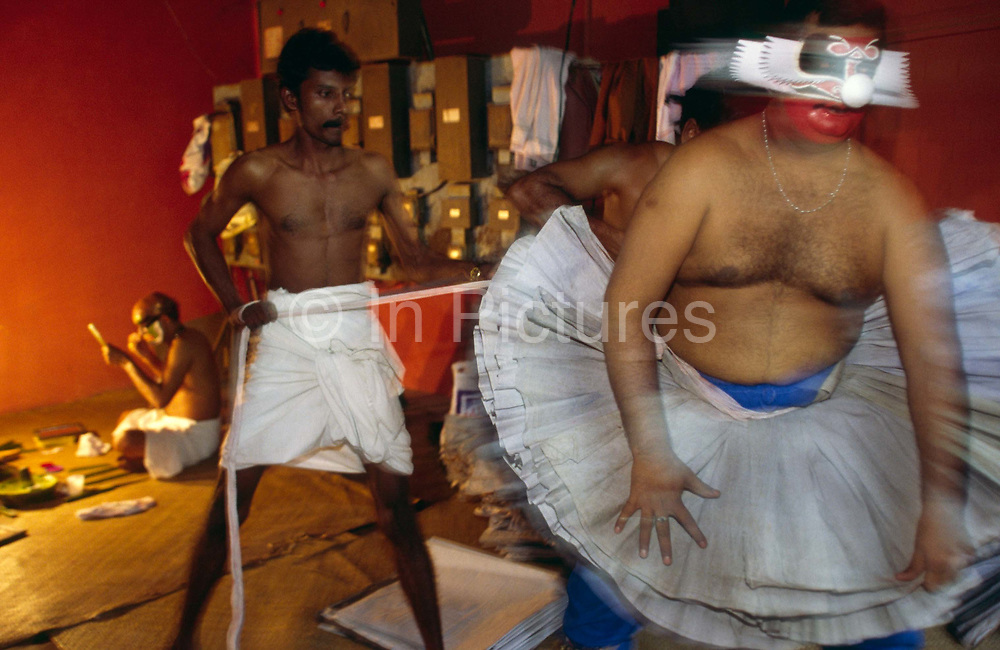