Vandalism to the tax-evading Lloyds TSB bank property the morning after the TUC-organised anti-government cuts to UK's economy. The high-street bank's cash dispenser has been sprayed in red, white and blue aerosol across the keypad, screen and slot after a day's rioting by anarchists who broke away from a largely peaceful protest agasinst government economic cuts. Organisers estimated between 250,000 and 500,000 people took part but police said a total of 201 arrests had been made during the day largely for a variety of public order offences, they said. In addition, 66 people were reported to have been injured, including at least 31 police officers, 11 of whom required hospital treatment. 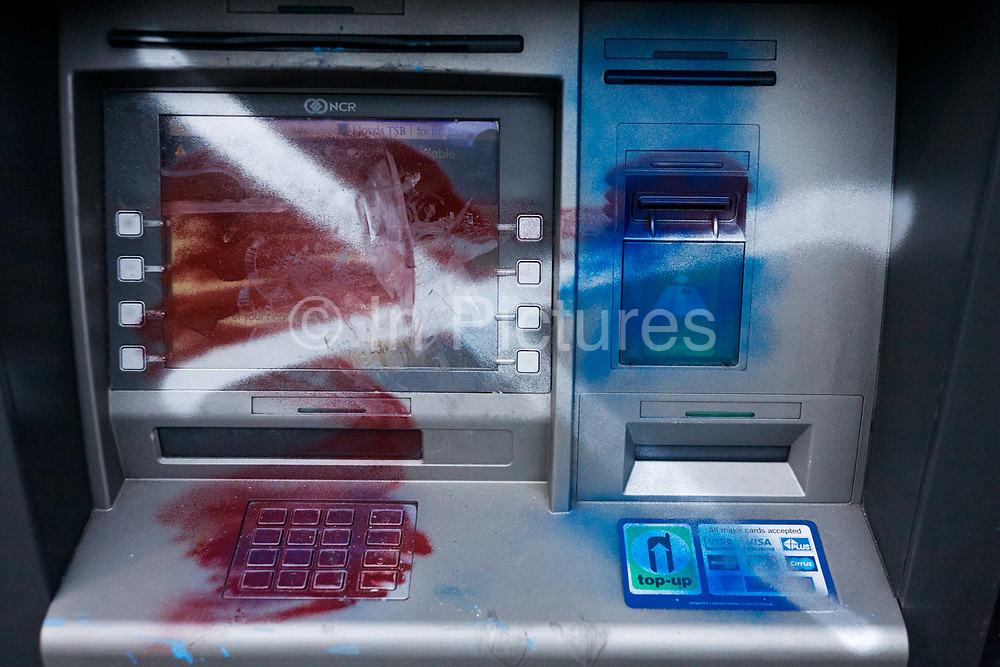