Teenage Nepali boys await the start of a recruitment test for the Gurkha Regiment called the Doko race, part of a tough endurance series to find physically perfect specimens for British army infantry training. They have to carry 30kg of river stones in a traditional Himalayan doko (basket) for 3km up foothills within 37 minutes to pass. 60,000 boys aged between 17-22 (or 25 for those educated enough to become clerks or communications specialists) report to designated recruiting stations in the hills each November, most living from altitudes ranging from 4,000-12,000 feet. After initial selection, 7,000 are accepted for further tests from which 700 are sent down here to Pokhara in the shadow of the Himalayas. Only 160 of the best boys succeed in the journey to the UK. Nepal has been supplying youths for the British army since the Indian Mutiny of 1857. 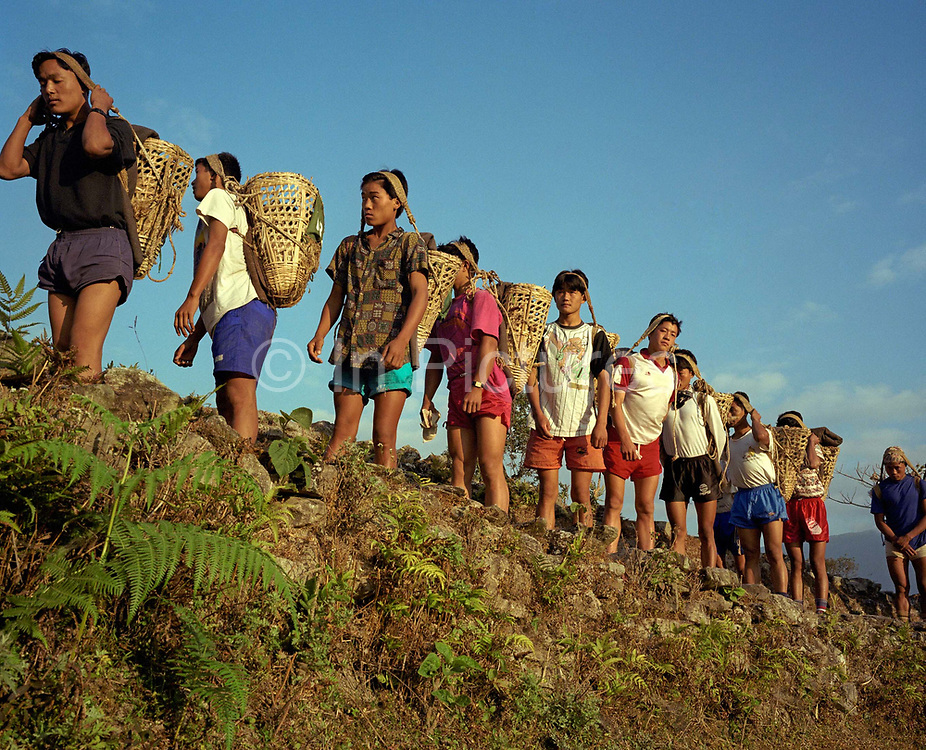