A Conservative Party's volunteer wears a Back Boris Johnson for London mayor campaign at the Lambeth Fair in Brockwell Park. At a white marquee the worker mans a tent at the annual south London country show where a mix of society come to enjoy a community fair where political lobbying meets nature, entertainment and world food. The current London Mayor is the Tory Boris Johnson, (a university friend of Prime Minister David Cameron) who is seeking re-election in Olympic year, 2012. The 2012 London mayoral election will be held on Thursday 3 May 2012 to elect the Mayor of London. It will be the fourth such election since the post of Mayor of London was started in 2000. 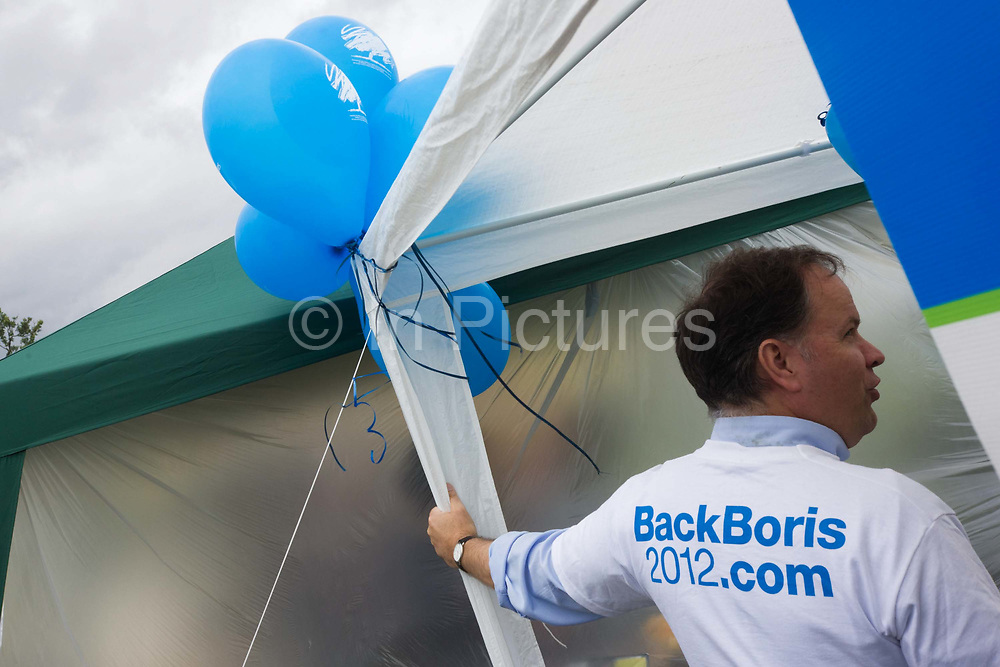