Two 17th century slabs, each 2.00m in length, bearing full-length effigies of a man and woman in Pennygowan Cemetery (Caol Fhaoileann), Salen Isle of Mull, Scotland. This ruined chapel, which served the north portion of the parish of Torosay, is probably of early 13th century date. No medieval references to it have been identified, and its dedication is unknown. The records of the Synod of Argyll in the middle of the 17th century show some uncertainty as to the status of the charge; it is referred to both as a 'Chappell' and as a 'paroach'. Salen (Scottish Gaelic: An t-Sàilean) is a settlement on the Isle of Mull, Scotland. It is on the east coast of the island, on the Sound of Mull, approximately halfway between Craignure and Tobermory. 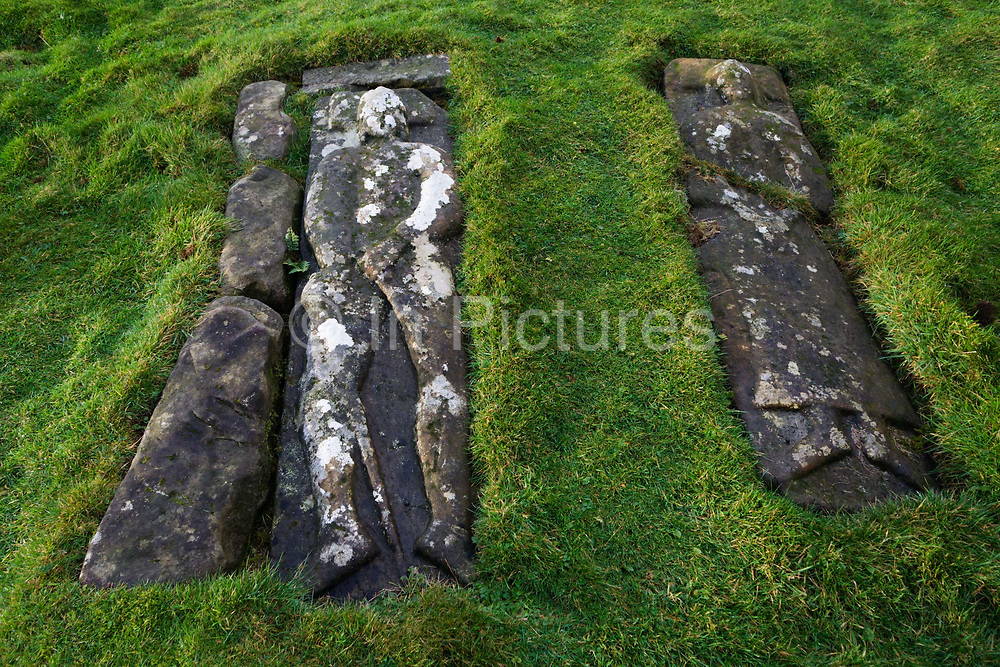