Golliwog characters on sale in a junk shop in Birmingham, England, United Kingdom. The golliwog, golliwogg or golly is a black fictional character created by Florence Kate Upton that appears in childrens books in the late 19th century usually depicted as a type of rag doll. It was reproduced, both by commercial and hobby toy-makers as a childrens toy called the golliwog, and had great popularity in the UK into the 1970s. The image of the doll has become the subject of controversy. Whilst some people see the dolls as innocuous toys, its depiction of black people is seen by many as racist. 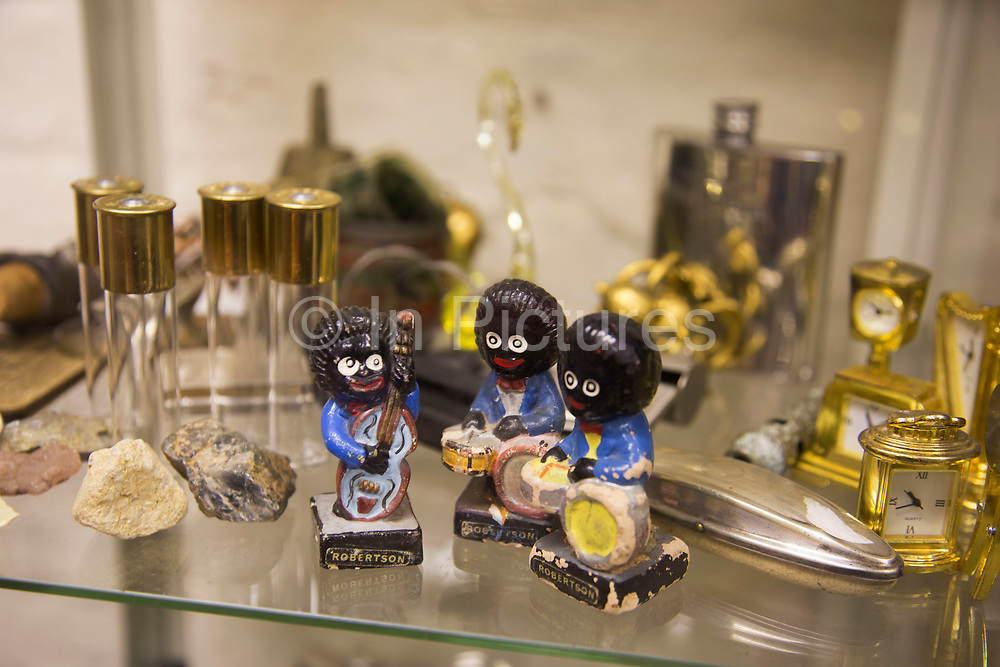