Widespread Protests Against US President Trumps Visit To London

Activists protest against US President Donald Trumps UK visit on the 13th July 2018 in central London in the United Kingdom. Donald Trump is on a UK visit, meeting with Prime Minister Theresa May to discuss topics such as Brexit, negotiating a trade deal, and immigration. Trump will also visit the Queen, Blenheim Palace and Scotland. Widespread protests have been organised across the United Kingdom during Mr. Trumps visit, including a Trump Baby blimp to float over the anti-Trump march. Much of the protests have been organised by left wing journalist Owen Jones. 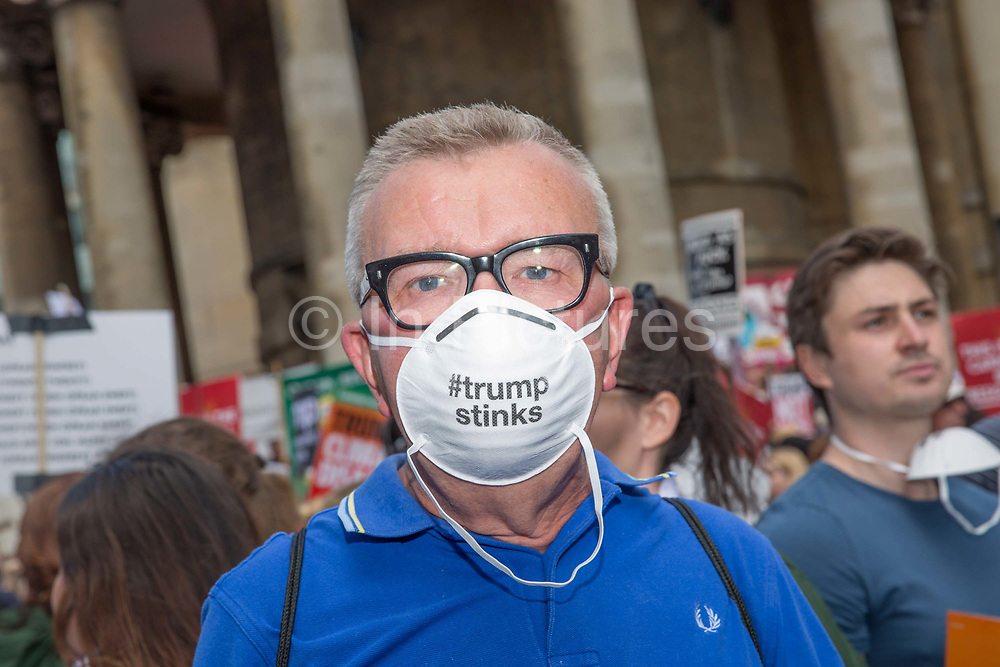