Woman demonstrating against Chemtrails. The chemtrail conspiracy theory holds that some trails left by aircraft are actually chemical or biological agents deliberately sprayed at high altitudes for a purpose undisclosed to the general public in clandestine programs directed by government officials. As a result of the popularity of the theory, official agencies have received thousands of complaints from people who have demanded an explanation. The existence of chemtrails has been repeatedly denied by government agencies and scientists around the world, who say the trails are normal contrails. Demonstration in Central London on a day of General Strike action by public sector workers and unions. Civil servants, teachers, health workers all came out on a day of peaceful march and protest against government cuts which look set to see their pensions change. 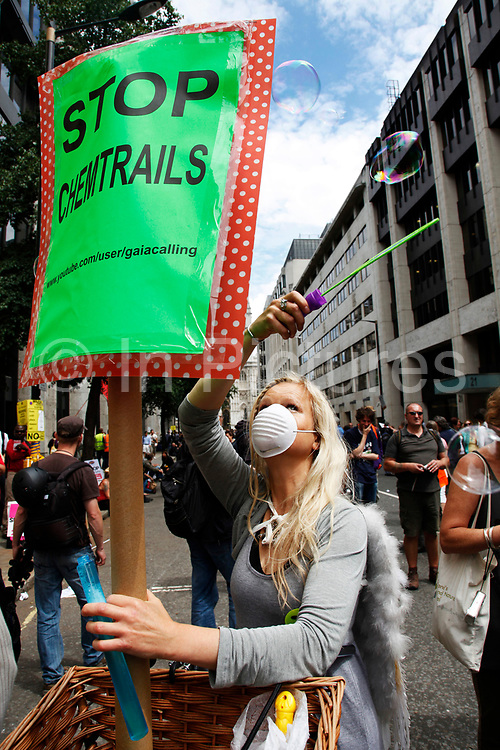