Wei Fengxiu, 28 a farmer lives with her husband (also a farmer) their son, Canxuefeng, two and her parents-in-law in Yan Chun village, Guangxi province, where there they are pictured here. Many women in China go to live with their in-laws when they get married but Wei says many of her friends have problems getting on with their mother-in-law and thinks this is down to the one child policy: pampered only sons and their new wives cause friction...Its over thirty years (1978) since the Mao's Chinese government brought in the One Child Policy in a bid to control the world's biggest, growing population. It has been successful, in controlling growth, but has led to other problems. E.G. a gender in-balance with a projected 30 million to many boys babies; Labour shortages and a lack of care for the elderly. 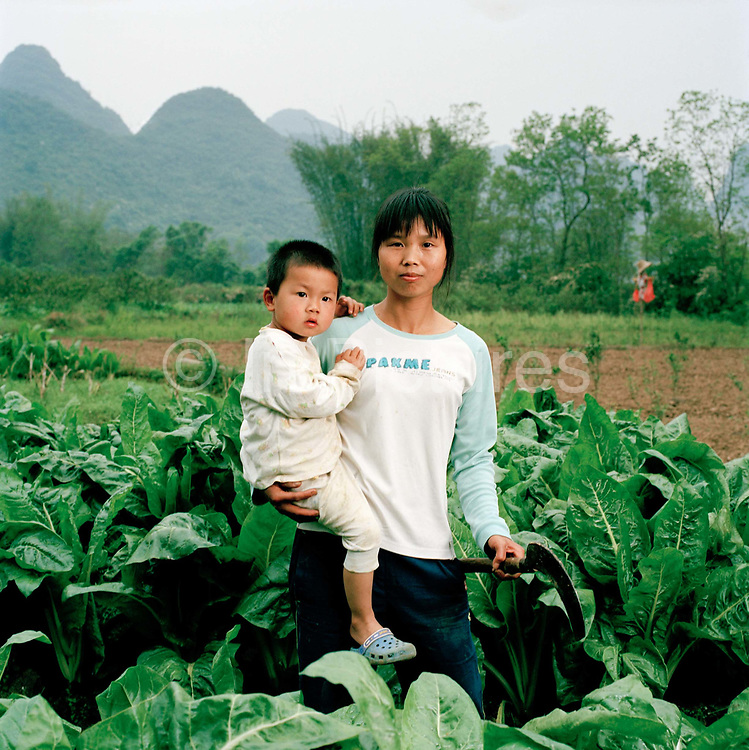