The Conservative Party (Tory) Shadow-Chancellor George Osborne is interviewed by the BBC on College Green, Westminster the day before the 2010 general election. Leaning on the black-out fabric the BBC TV rostrum that is used by presenters and their interviewees in readiness of his live link to network television, the man who may well become the nation's actual Chancellor - the man whose job is to administer the country's economy under leader David Cameron - looks relaxed and hopeful of a Tory victory over the Labour prime Minister Gordon Brown and Lberal Democrat Nick Clegg. Gideon George Oliver Osborne (born 23 May 1971) is a Conservative Party politician in the United Kingdom, and has been the Member of Parliament for Tatton since 2001. (source Wiki). 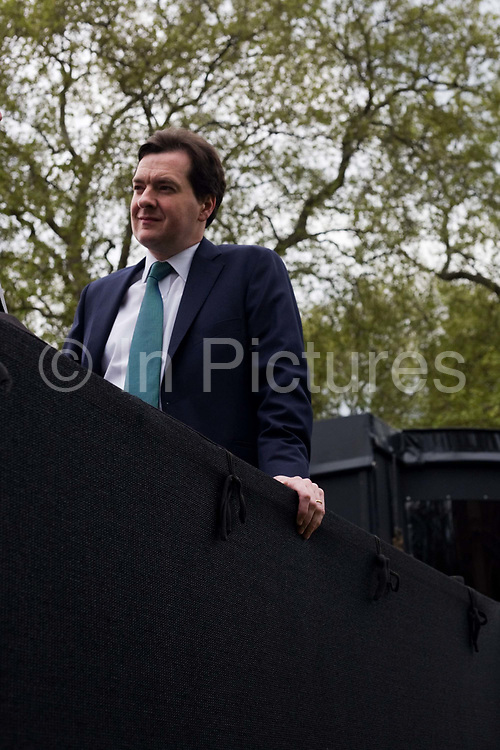