A flight nurse examines a lady from the Native American Reserve at San Carlos, Arizona, from where she is to be taken from the rural Arizona airstrip by twin-propeller powered aircraft, an air ambulance, to hospital for treatment. The San Carlos Apache Indian Reservation, in southeastern Arizona, United States, was established in 1872 as a reservation for the Chiricahua Apache tribe. It was referred to by some as "Hell's Forty Acres," due to a myriad of dismal health and environmental conditions. The San Carlos Reservation is one of the poorest Native American communities in the United States, with an annual median household income of approximately $14,000 in 2000, according to the US Census. About 60% of the people live under the poverty line, and 68% of the active labor force is unemployed 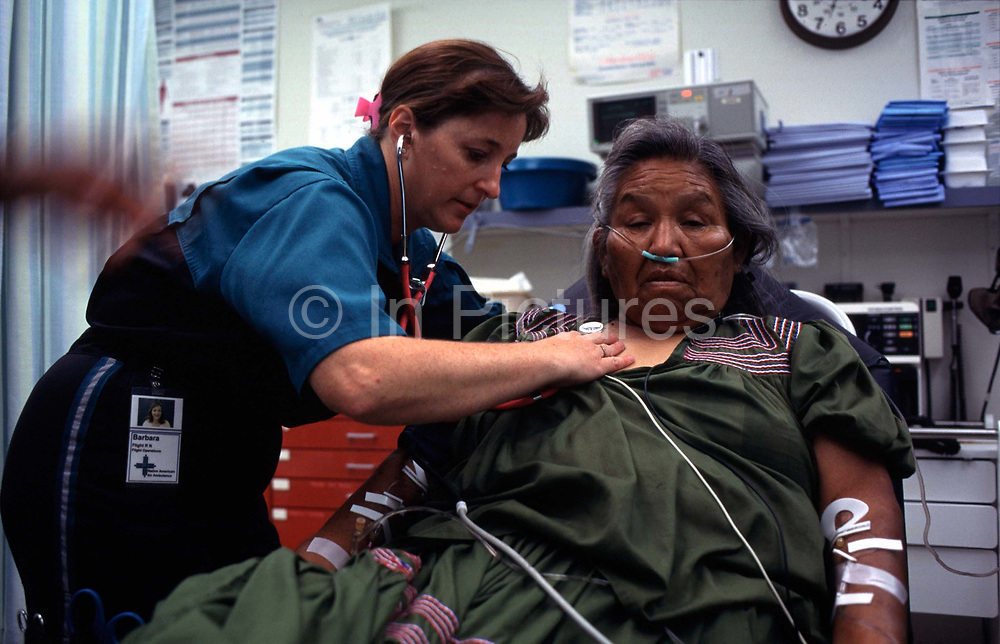