Rainbow Warrior lll waiting to be let through the locks in West India Docks. The ship going through the East Entrance Lock and into the river Thames early Monday morning.The Rainbow Warrior ll is the third generation of the legendary Greenpeace ship Rainbow Warrior. The first was bombed and sunk by French special agents, second one is now serving as a hospital ship in the Bengal Bay and this, the third in line is build according to the highest green environmental specs. The ship is now on it's maiden voyage around the globe heading from London to Sweden. The Docklands were once used as a port of entry to London. Now, a major part of London's financial district is based in the Canary Wharf on the peninsula. 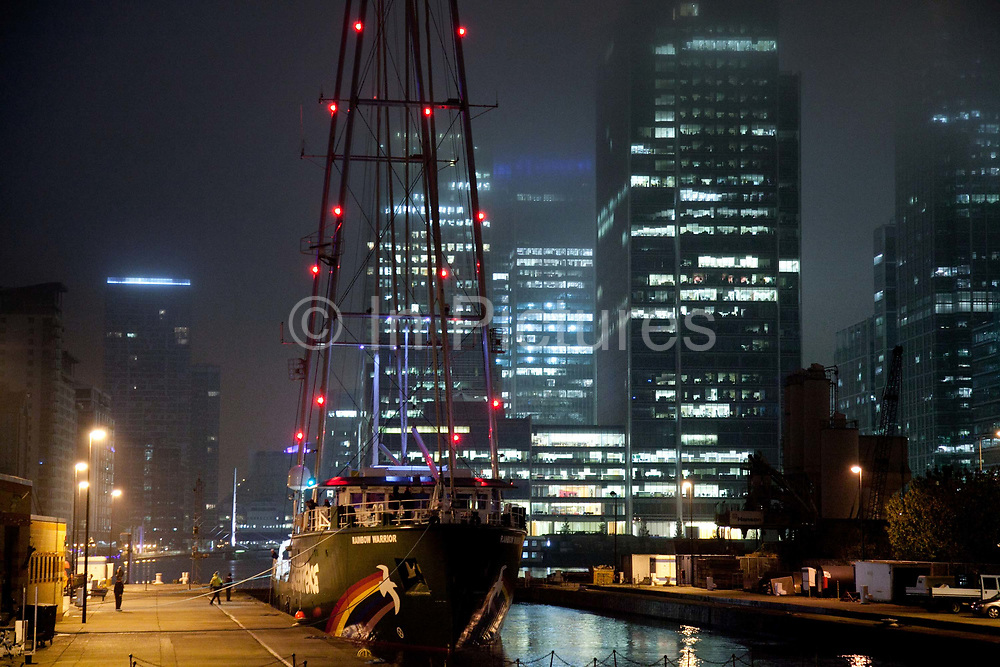