Brits enjoy a hot summer to watch live coverage from a large tv screen in the Olympic Park during the London 2012 Olympics. Under union jack umbrellas they sit on green grass located on a hilltop where giant Olympic rings act as a backdrop to spectators' family photos. This land was transformed to become a 2.5 Sq Km sporting complex, once industrial businesses and now the venue of eight venues including the main arena, Aquatics Centre and Velodrome plus the athletes' Olympic Village. After the Olympics, the park is to be known as Queen Elizabeth Olympic Park. 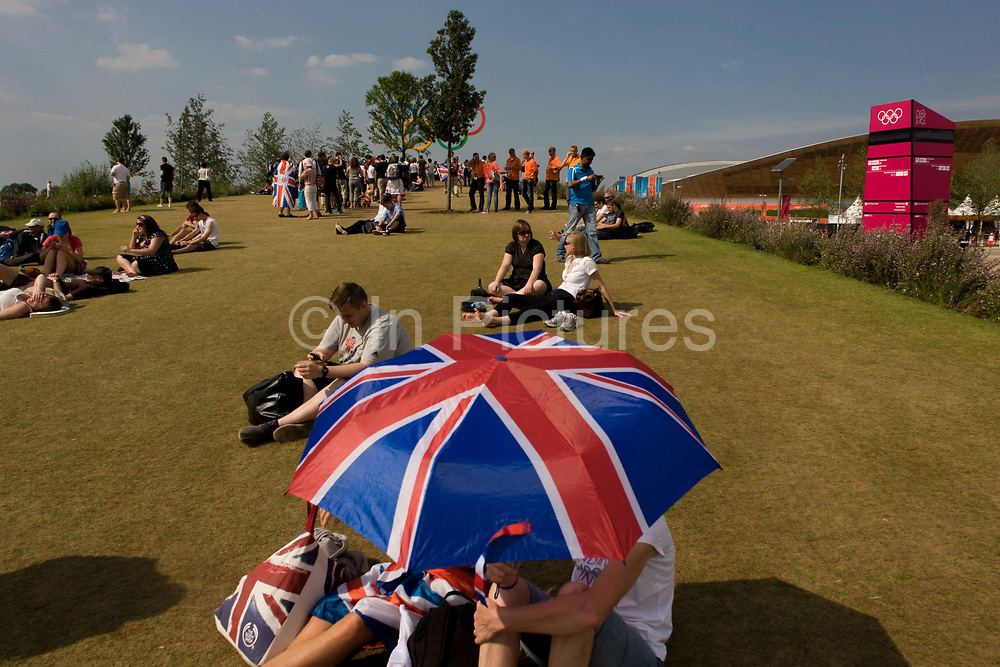